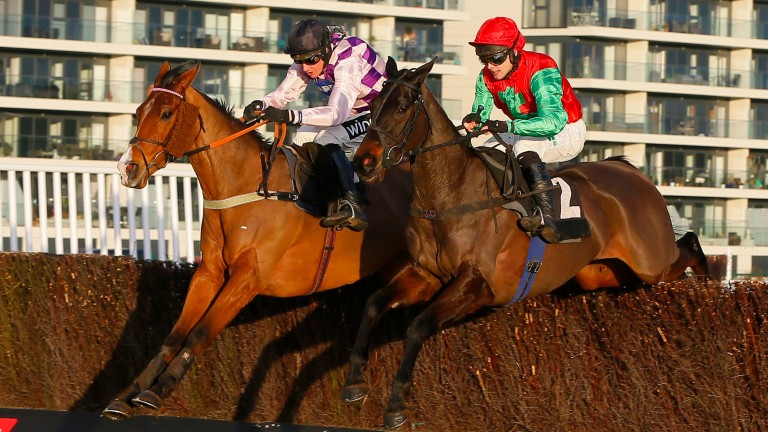 There was a time not so long ago when Alan King's runners were almost the starting point for punters trying to find a stayer who could tough it out in this often extreme test.

Nine of his 12 runners since the turn of the century have been sent off at 10-1 or shorter and, in addition to the wins of D'Argent in 2008 (also second in 2005) and West End Rocker in 2011, Forest Ivory and Godsmejudge have also been placed over that period.

Such statistics bear repeating because King's emergence as a real force on the Flat in recent years might be uppermost in some punters' minds.

Last year was a marquee year, with three Royal Ascot winners and the Group 2 triumph of Trueshan on British Champions Day adding quality to the quantity of his Flat successes. 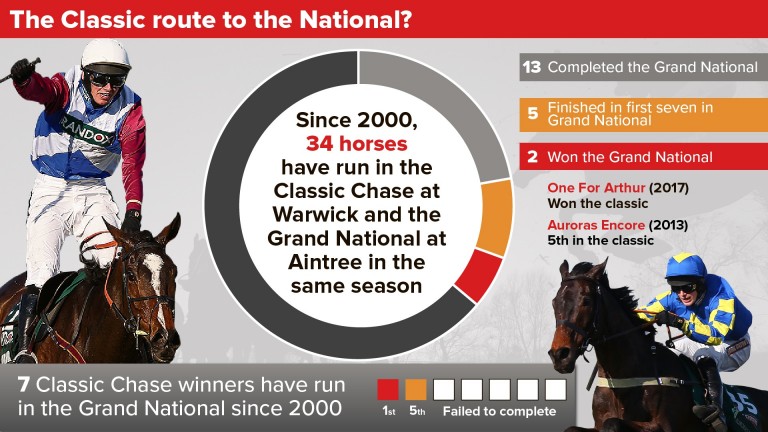 Anyone who saw the way Messire Des Obeaux skipped round Wincanton to score in the Dipper Chase seven days ago will need no reminding of King's skill with staying chasers, and Notachance comes here with a decent chance of adding to the yard's fine record in this race, having won twice in five starts over fences.

King said: "He was having his first race for ten months when winning at Bangor in November, since when we have had this race at Warwick as his prime target. He's in good form after a break and we've won this race in the past with D'Argent and West End Rocker, so I'm looking forward to running him.

"We felt the Welsh Grand National was coming a year too soon for him and the fact that rearranged race took place just last Saturday may have taken a few potential rivals out of this field. While he’s up 7lb, I hope there’s more to come."

Robert Walford, trainer of Walk In The Mill
He's been fine since his fall at Aintree. He's in the deep end as far as the handicap is concerned and he's done a lot of winning, but he's in good form. 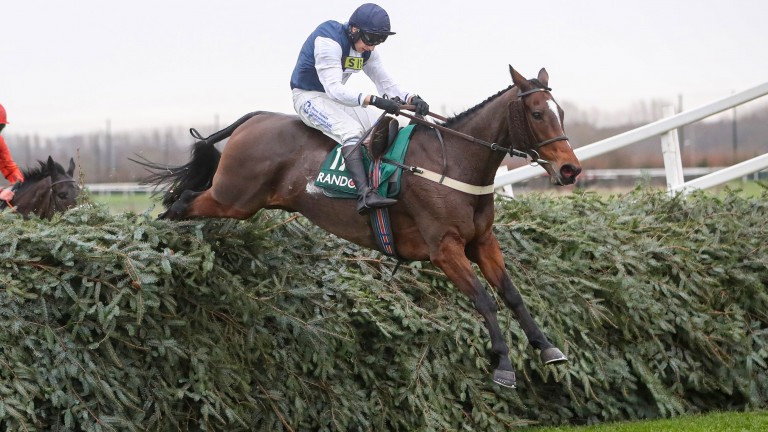 Aintree specialist Walk In The Mill is reported to be fine since his uncharacteristic mishap at the track last month
John Grossick (racingpost.com/photos)

Ben Pauling, trainer of Le Breuil
He's in very good order and has had a wind op since the Becher. He was supposed to run at Catterick on Thursday, but it was abandoned. He's suited by the trip and ran a very good race in it last year after getting left at the start. With luck on his side this time, he should be very competitive.

Oliver Greenall, trainer of Late Romantic
He should have run at Catterick but with that off, there isn't a lot else for him. He's ready to run and he loves this heavy ground, so we need to run him while it's like that. I think he's still improving and the trip will be perfect. Warwick should suit him and he's got a nice weight. If he can grind it out, I'm sure he'll be there at the end.

Dan Skelton, trainer of Captain Chaos
The market makes him favourite, which I think is a massive compliment and one I don't really understand. I know he's significantly better with blinkers on and this suited him last year, but it's a lot on trust. He's been going well at home and he always takes a couple of runs to knock the cobwebs off. This year has been so different because the weather has been so bad and he ran in pretty sticky ground at Bangor and never got going at all. The blinkers have to make a big difference. 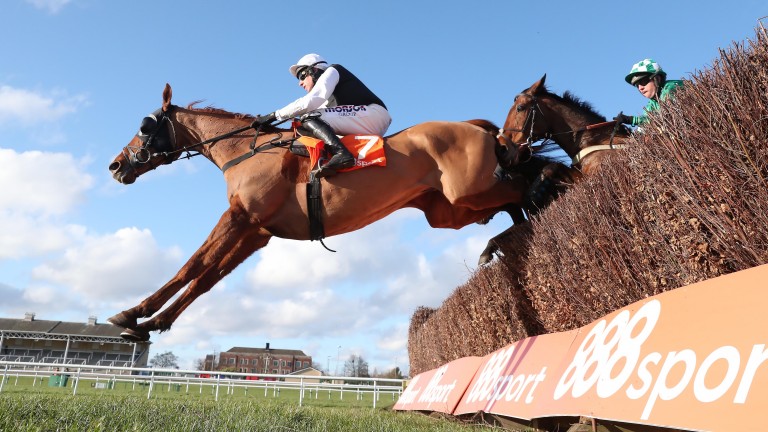 Fergal O'Brien, trainer of Petite Power
We're out of the handicap but he ran well in the race last year, so we think it's worth a go again. Liam Harrison takes off 7lb, so he's carrying a light weight, and we'd be hopeful of a good run in what's sure to be a tough race.

FIRST PUBLISHED 6:00PM, JAN 15 2021
He's in good form after a break and we've won this race in the past with D'Argent and West End Rocker

Are we ready for another Menuisier gamble? Nuits St Georges bids for a hat-trick Goodwood ace King still just as adept over the jumps as Caramelised comes good 'We love you Hollie' screamed a racegoer - and Goodwood Cup day needed her First Group 1 for Alan King as Trueshan relishes conditions in Goodwood Cup 'The more rain the better for Trueshan' - trainer quotes on the Group 1