'I've had this race in mind' - who has been laid out for the Lanzarote Hurdle? 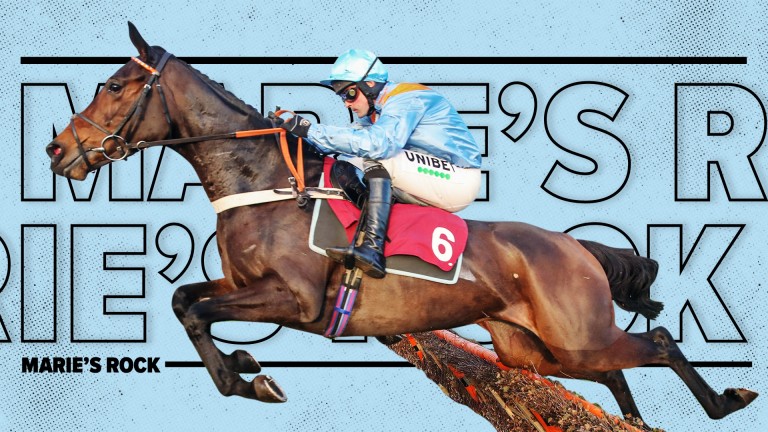 The Whitbread, the Schweppes, the Mackeson and the Hennessy are among the famous race titles that no longer grace the British jumps season, but the Lanzarote Hurdle remains standing, shining like a beacon to remind us of the great races of yesteryear.

Named in memory of the 1974 Champion Hurdle winner Lanzarote, who loved Kempton and won two Christmas Hurdles at the track, the Lanzarote Hurdle was first run as a two-mile handicap in 1978 and was often a key race en route to the Schweppes at Newbury.

In 1997, the Lanzarote threw up its own Champion Hurdle winner when Make A Stand ran away with it as the middle leg of a five-timer that went on to include the Schweppes, which was then called the Tote Gold Trophy and is now commonly known as the Betfair Hurdle.

However, there won't be any Champion Hurdle contenders in the race this year and it'll be a surprise if there is a Betfair Hurdle challenger either because while the Lanzarote name remains, the race itself changed beyond recognition when the distance was increased to 2m5f in 2007.

Since then the Lanzarote has, in effect, become a new race run under an old guise and it has been farmed by the two British training powerhouses, Nicky Henderson and Paul Nicholls.

The pair have won six of the 14 runnings between them since 2007, three times each, and although Henderson can claim a fourth winner from 2003 it's Nicholls who has the better overall record since the change of distance. The champion trainer has three wins from 15 runners while Henderson's three winners have come from 18 runners.

Who heads the market this year? If you guessed Nicholls and Henderson then you're bang on. Nicholls is represented by Gelino Bello and Henderson runs midweek gamble Marie's Rock.

However, neither match the profile of their trainer's past winners. All of the Nicholls-trained trio were more experienced over jumps than Gelino Bello, while Henderson's three Lanzarote scorers were all returning to hurdles, having competed over fences on their most recent start.

The one Henderson-trained runner who does fit that bill is Call Me Lord, who was pulled up over fences at Hereford 11 days ago and returns to hurdles off his lowest mark for four years.

The final word goes to conditional Ned Fox, who rides Green Book for the Venetia Williams stable that won this race in 2016. Yala Enki was the horse and he was partnered by then 5lb claimer Charlie Deutsch. Fox claims 10lb and has been one of the riding finds of the season.
Race analysis by Graeme Rodway

Marie's Rock leads a team of three runners for Nicky Henderson as the trainer bids to land the Listed Lanzarote Hurdle for a fifth time in all.

The seven-year-old, who has been well supported this week, will be joined by Monte Cristo and Call Me Lord, both pulled up last time.

"Marie's Rock won very well at Kempton last time," said Henderson. "She's got quite a hike and is carrying plenty of weight. Monte Cristo hated the ground at Newbury, so hopefully it's not too sticky.

"Call Me Lord is a top fella but has got top weight, which will be difficult. He's had a couple of runs over fences but at his age they're probably not quite for him, so we're coming back over hurdles."

Dan Skelton, trainer of Ch'tibello and Cabot Cliffs
Ch'tibello is in great form and has stepped forward. Tristan Durrell takes seven pounds off and I think he'll be an each-way player. The same can be said for Cabot Cliffs. He's crying out for the step up in trip. He ran on really nicely at Ascot last time and this track and trip are ideal.

Evan Williams, trainer of Dans Le Vent and Bold Plan
Dans Le Vent has had a fantastic season but it'll be difficult up in the weights. He's not a very big horse but he ran a good race last time in Graded company and with such a solid season he'll be interesting. Bold Plan has lost his form after winning a nice novice last season. He's talented on his day. I've had this race in mind and the cheekpieces should help.

Sam Thomas, trainer of William Henry
I'm very happy with him and it's a race he's won in the past. Three miles is probably stretching him now but he's like a four-year-old on the gallops every day. It would be lovely to see him run a nice race. It's a tough one and we're under no illusions but the handicapper has given him a chance.

Harry Derham, assistant trainer to Paul Nicholls, trainer of Gelino Bello
The intermediate trip will suit and Harry Cobden thinks he may be better suited to going right-handed. He's fairly straightforward and has a lovely temperament, so the large field and stepping into open company should suit.

Venetia Williams, trainer of Green Book
You'd give him a stronger chance on his Flat form than the bare form of what he's done over hurdles, but you'd like to think he goes there with a chance. The trip is well within him as he won over it at Ludlow last time but this is a lot stronger than a lady amateur riders' race there. If you look at some novice hurdlers and their ratings, I think he's still got plenty of weight for what he's done.

Ben Case, trainer of Cobblers Dream
He has a good each-way chance. He won well at Doncaster and the step up in trip will suit. We'll be delighted if he finishes in the first three or four but the ground may be a bit dead, which may not suit.
Reporting by Jonathan Harding

Does Nicky Henderson hold winning formline in clash of two potential stars? 'Any criticism of him is surely harsh' - Graeme Rodway on Cleeve favourite Champ Intriguing Trials day the perfect warm-up as festival looms large on the horizon 'He's in the form of his life' - Milton Harris bullish about Jacamar's chances 'The horse gave me a lift' - moving win for owner days on from cancer all-clear One trainer, one jockey, one horse and one race to watch on Saturday