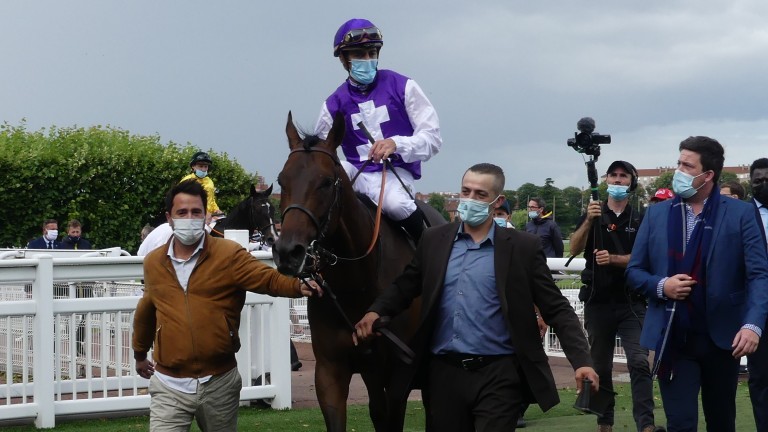 Pretty Tiger and Christophe Soumillon are led in after winning the Group 2 Prix Eugene Adam at Saint-Cloud
Racing Post/Scott Burton
1 of 1
By Scott Burton 3:03PM, JUL 11 2021

A day on from St Mark's Basilica's impressive win in the Coral-Eclipse, Pretty Tiger further boosted the form of the Prix du Jockey Club when holding off Caprice Des Dieux by two lengths to score in the Group 2 Prix Eugene Adam over 1m2f.

Pretty Tiger finished sixth at Chantilly and while he may not have had to improve on that run to score here, he looks set to give trainer Fabrice Vermeulen and owner Bernard Giruadon some big days out in the next three or four months.

"He is a lot better when the ground is soft and ran really well in the Jockey Club, finishing just behind the leaders," said Jeremy Parra, representing the Vermeulen yard. "The winner had won the Poule d'Essai over 1,600 metres [a mile] and the runner-up Seaiway won the Prix Jean-Luc Lagardere over 1,400 metres [seven furlongs].

"In the new version of the Jockey Club those horses can last out the extra distance when the going is good, while Pretty Tiger can't live with them on fast ground. On very soft ground that would have been very different.

"He will run in the Prix Guillaume d'Ornano next, followed by the Prix Niel and the Arc."

Caprice Des Dieux was beaten for the first time in four starts and Nicolas Clement was more than satisfied with a first attempt in Pattern company. 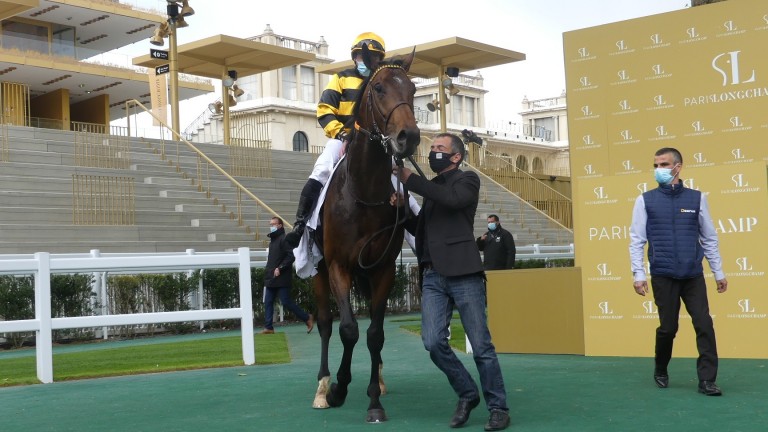 "We probably lacked a bit of experience but he continues to develop and I think there is more to come," said Clement, who added that Arc hopeful Fenelon is on a short break after missing the Prix du Lys when cast in his box, but will be back for an autumn campaign.

Darzan made it two from two when winning the 1m4f Prix Quintette for Mikel Delzangles and Princess Zahra Aga Khan.

"He won first time out here four weeks ago and looks like he has come on quite a lot," said Delzangles. "I will see what there is for him at Deauville and he will run in a Listed race next time. He stays a mile and a half but could get two miles."

Read more of the Sunday action

FIRST PUBLISHED 6:10PM, JUL 4 2021
He will run in the Prix Guillaume d'Ornano next, followed by the Prix Niel and the Arc