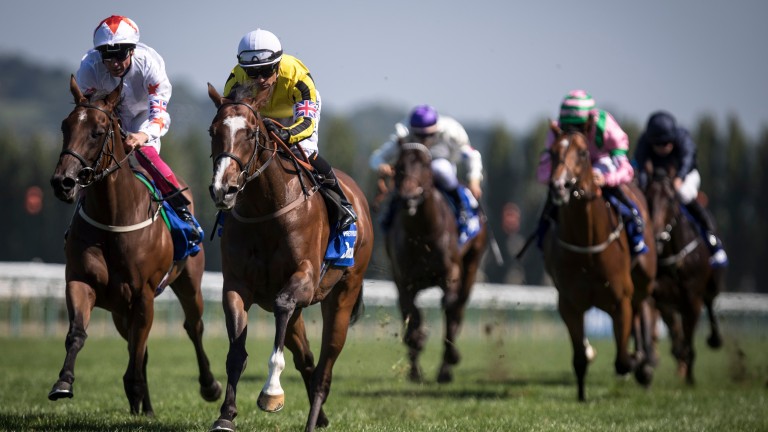 Pretty Pollyanna enhanced her status as Qipco 1,000 Guineas favourite at Deauville on Sunday, coming out on top in a fierce duel with Queen Mary winner Signora Cabello in the Prix Morny.

Silvestre de Sousa, for whom this was an eighth Group 1 success but a first for three years, let Pretty Pollyanna stride on in the six-furlong feature and everything looked to be going to plan as her rivals started to come off the bridle.

Signora Cabello, however, burst out of the pack under Frankie Dettori to lay down a challenge that momentarily looked like succeeding. The pair drew clear impressively in the final furlong and Pretty Pollyanna rallied to underpin her Classic credentials.

Most firms cut her for the Guineas, with several going 8-1 (from 12). Paddy Power and Betfair Sportsbook offered the top price of 12-1, though she is still clear favourite with those two firms.

For trainer Michael Bell this was a second victory in the Morny some 24 years after the success of Hoh Magic, while Pretty Pollyanna was providing compensation for owner Bill Gredley, whose James Garfield was cut down close home at the track two weeks ago in the Prix Maurice de Gheest.

Bell said: "She really toughed it out in the last furlong and what pleased me for the future was her last furlong was her best furlong.

"That bodes very well for her getting a mile, the way she kicked in the last 150 yards. For the future that's very important."

Bell, who will be hoping to add Newmarket Classic glory to his Derby and Oaks triumphs at Epsom, added: "She has a very good temperament, eats and sleeps and is very easy to train. She's from a very good staying family which includes User Friendly, who won three versions of the Oaks for Mr Gredley.

"I hope she'll get a mile. She's in the Moyglare and Cheveley Park so we'll talk together and decide."

Group 1 success wasn't coming out of turn for De Sousa, who has struck up a fine partnership with Pretty Pollyanna - named after Gredley's daughter Polly, who is married to James Garfield's trainer George Scott - and who said afterwards he had drawn plenty of encouragement from her sixth-placed effort at Royal Ascot.

"It's my first Group 1 of the year and it's great," said the Stobart jockeys' title leader. "I go everywhere but you still need the good horses to take you to the big stage.

"I'm very lucky to get on this filly so thank you to Mr Bell and of course [my retainer] Prince Faisal, who was the first to bring me to France to ride for Mr Fabre. Maybe without that I wouldn't have got the opportunity.

"Even at Ascot she was less of a surprise for me than she was for the trainer and she felt very comfortable at Newmarket. She went up in class today but proved she's a good filly because we've beaten horses that have already won good Group races."

John Quinn looked the more likely of the two trainers to be celebrating a second Morny win at the furlong marker and felt Signora Cabello lost little in defeat.

"She's run a screamer and they're two very good fillies," said Quinn. "I thought she might have done enough and she showed a great turn of foot to run the other one down in the first place." 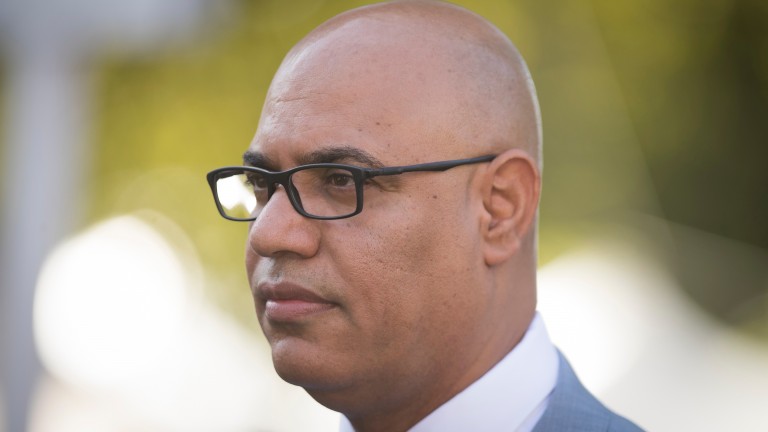 Phoenix Thoroughbreds bought a majority share in Signora Cabello from Zen Racing shortly before her Royal Ascot success, and chairman Amer Abdulaziz was looking to the future.

He said: "We have always believed in her but she was beaten by a better filly so we're happy to finish second. Frankie gave her a good ride and we'll target the Cheveley Park, where hopefully we'll meet the winner again.

"She'll be a beautiful broodmare but before then she'll go to the Cheveley Park and then the Breeders' Cup."

Clear best of the rest was True Mason, and Karl Burke may not have finished with Group 1 ambitions for the colt.

"The two fillies are very very good and so it was a very good run from our fella," said the trainer. "In that grade we'd want a little bit more cut and we'll keep our eye on the Middle Park. He's certainly entitled to take his chance."

FIRST PUBLISHED 3:26PM, AUG 19 2018
She really toughed it out the last furlong and what pleased me for the future was her last furlong was her best furlong