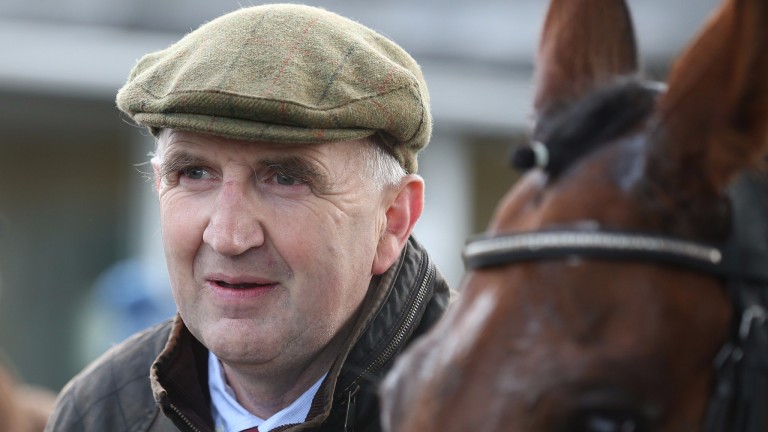 Sligo has been a happy hunting ground for John Ryan, and the County Tipperary trainer sends a team of eight to Wednesday's meeting, including Presenting Mahler and Cnoc Na Sioga in this six-runner handicap chase, the most valuable prize on the seven-race card.

Danny Mullins won the race for Ryan last year when partnering Draycott Place to a 13-length win, and he rides course-and-distance winner Presenting Mahler, who won on her most recent start at the Listowel festival.

The seven-year-old has gone up 6lb for that win and Ryan said: "Presenting Mahler came out of Listowel well and is in flying form. She's in great nick and I think she'll be hard to beat. We're hoping to run her in some of the good mares' chases a bit later on.

"Cnoc Na Sioga is in good order. He should have his day in this type of race before long and I won't be surprised if he's in the mix this time off his low weight."

Presenting Mahler will be renewing rivalry with the Peter Casey-trained Eight Till Late, who beat her by half a length when the pair clashed over this course and distance last month.

Casey said: "Our horse is in good form. He'll handle soft ground but wouldn't want it to get heavy."

Eight Till Late, who also won here over hurdles in July, will have Mark Walsh on board for the first time.

Handicap chase debutant Voices Of Spring displayed some ability over hurdles but has shown little in four starts over fences for trainer Tony Martin and owner JP McManus.

Pumbaa, who heads the weights, will be having his second start since joining Andy Slattery, while the five-year-old Crazywork De Vassy, trained by Michael McDonagh, will be making only his third appearance over fences.

FIRST PUBLISHED 6:00PM, SEP 26 2017
Presenting Mahler came out of Listowel well and is in flying form