Present Man looking to give Nicholls an early Christmas gift 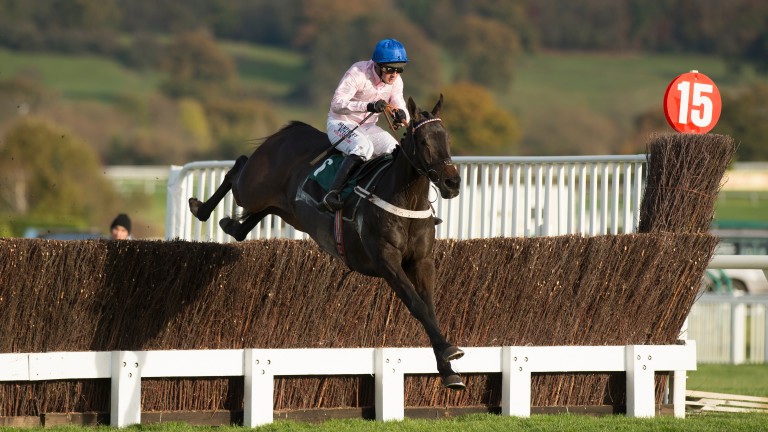 Paul Nicholls bids to extend his good record in the third staging of the four-runner chase since its switch from Lingfield with the prolific Present Man.

The champion trainer won the final running at the Surrey course with Black Thunder in 2013 and carried on where he had left off with Virak when the race moved north 12 months later.

Present Man, who goes very well for today's jockey Jack Sherwood, could have been on a four-timer in this had he not put Sherwood on the floor at Wincanton last month but bounced back with a gallant win at Ascot 13 days later.

Nicholls said: "Present Man gallops, jumps and likes fast ground. He keeps improving and they are all much of a muchness in this race, so he should go well."

One of two runners on a hat-trick is Potters Legend who is out to give his trainer Lucy Wadham a tonic as she is currently battling a heavy cold.

She said of the recent Kempton and Bangor scorer: "He's in very good order and has been schooling very well since his last race. Obviously it's a better race, but there looks as if there may be some pace in the race which will help as he's had to do the donkey work the last twice. I'm very much looking forward to the race."

Nicky Henderson, who last won this with the classy Burton Port in 2009, relies on O O Seven who took advantage of the early exit of Barters Hill to score on his chasing debut at Cheltenham last month. O O Seven would have 8lb in hand of these over hurdles and is a 20-1 chance for the RSA Chase at Cheltenham in March.

Henderson said: "I thought he was good at Cheltenham first time over fences and he's won over 3m at Musselburgh, so I'm not worried about the trip. He loves good ground and so we've got to get on with him. I was going to wait for the Feltham, but I can see Thistlecrack turning up there and I don't want to bump into him after missing good opportunities like this."

Competing the quartet is Bay Of Freedom, trained by Peter Fahey, who is making his first start outside Ireland and is unbeaten over fences after back-to-back wins at Listowel and Wexford.

Fahey said: "He's won both his races over fences and is in good form having travelled over well. Although there are only four runners, it looks very competitive and O O Seven will probably be hard to beat. But the track and the trip should suit our fellow and we're looking forward to a good run."

FIRST PUBLISHED 6:00PM, DEC 9 2016
I was going to wait for the Feltham, but I can see Thistlecrack turning up there and I don't want to bump into him after missing good opportunities like this