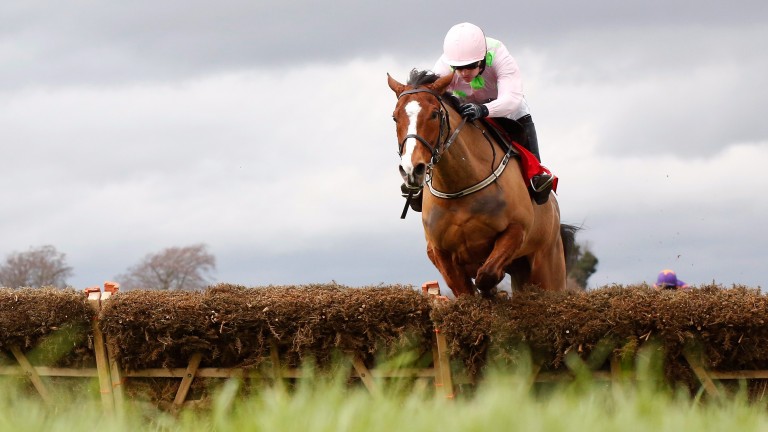 This is the sexiest Sunday of the season so prepare to be seduced by two Champion Hurdle winners, a Champion Chase winner and the ante-post favourites for the Ryanair and RSA Chase. Steamy stuff, isn't it?

It says something, though, that a Sunday containing so much quality can still revolve around one horse. Well, we say horse, but so talented is the thoroughbred in question that he was transformed into a machine by equine experts.

Faugheen 'The Machine' is back but will all the buttons still work when pressed? If they do, the 2018 Champion Hurdle trophy can be delivered to Closutton and sit alongside the Christmas decorations on the Mullins mantelpiece. If those buttons no longer possess their power, the race remains one of the trickiest puzzles at the festival next March.

Patrick Mullins, speaking in his Irish Independent column on Saturday, raised a few doubts about whether the Machine remains in perfect working order after 665 days without being used on a racetrack.

"Despite his nickname, he isn't a machine and it isn't realistic to think he can scale those exact heights again," Mullins wrote. It wasn't all doom and gloom, mind.

Mullins continued: "John Codd, who rides and looks after him, has been seen sporting a wide smile after Faugheen's last few bits of work and that tells me all I need to know about his wellbeing for this weekend."

Perhaps Faugheen's flame is still burning. But is Jezki's? We had written his eulogy and had began reminiscing about his wonderful life, but when we went to lower him into his grave at Tipperary last month, the corpse was still breathing. Yes, Jezki is alive and kicking.

There's a new kid in town

Campeador is the new kid in town and could he be the one to tell the old fogies that they are not the force they once were? He won't admit it, but deep down Gordon Elliott must be thinking this gorgeous grey gelding could finally be the Champion Hurdle contender he has craved.

The versatile Vroum Vroum Mag should never be forgotten and Galway Hurdle runner-up Swamp Fox steps out of handicaps. It really is a magic Morgiana at Punchestown.

There could be a few rabbits pulled out of the hat earlier on the card too. Presenting Percy won the Pertemps Final in March and was instantly installed as RSA favourite following his flawless chasing debut at Galway. He steps up in class in the Grade 2 Florida Pearl Novice Chase where a barrage of Elliott bullets will need to be swerved, with Shattered Love perhaps the most dangerous.

Elliott also runs Brelade and Tombstone in the other Grade 2 on the card, the Craddockstown Novice Chase, but the race has been a Henry de Bromhead benefit in recent years. He has won it four times in the last eight years so it is surely noteworthy he relies on Calino D'Airy this time. That must be a tip in itself.

Henderson has faith in Jenkins

Perhaps it is a tip in itself too that the wily Nicky Henderson is asking Jenkins to win one of the hottest handicap hurdles of the season on his first start out of novice company.

Jenkins had promised plenty but delivered very little, so he sneaks into the Greatwood with a rating of just 137. Henderson thinks that mark is based on his reputation but, if that were the case, he would be rated 187 rather than 137 such are the rumours which have sneaked out of Seven Barrows over the last two years.

In contrast, Special Tiara has done all his talking on the track. He took full advantage of Douvan's off-day to land the Champion Chase and few could begrudge him a day in the scorching sun at the festival after delivering so many flamboyant front-running displays over the years.

Fox Norton could scupper a glorious comeback, though. He was winning Grade 1s for fun last season and sits at the summit of the Ryanair market right now.

Cloudy Dream should have showed up yesterday but a clerical error put paid to his BetVictor Gold Cup chances. Was it a blessing in disguise? Only time will tell.

Time does catch up on us, though, and today we will find out if has caught up on Faugheen. Time to turn on 'The Machine' and see if it still works.

FIRST PUBLISHED 6:00PM, NOV 18 2017
Despite his nickname, he isn't a machine and it isn't realistic to think he can scale those exact heights again