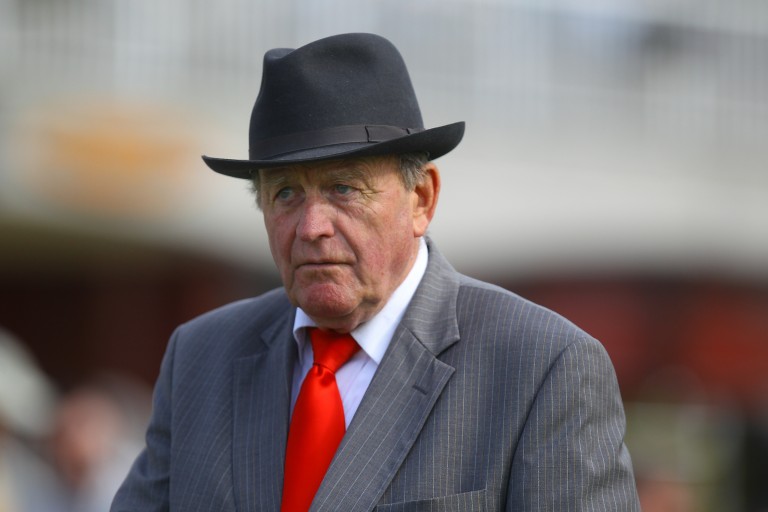 Mullane, who was joint champion apprentice in Ireland in 1950, went on to become Ireland’s champion Flat jockey in 1951 and 1952.

However, while he scaled the heights as a rider he endured serious hardship later in life, which included spending time living in a tent in woodland.

For much of his career Mullane, a native of Mallow and known as ‘Corky’, rode for the legendary Paddy Prendergast, for whom he won the Irish Derby on Thirteen Of Diamonds in 1952 and the Irish Oaks on Five Spots the same year.

He also won the Irish 2,000 Guineas on Arctic Wind for Michael Rogers in 1954 and was widely regarded as an exceptional rider of two-year-olds, enjoying many successes in Ireland’s top juvenile races.

Prendergast trained seven consecutive winners of the prestigious Phoenix Stakes between 1950 and 1956 and Mullane rode three of them – Windy City (1951), Royal Duchy (1952) and Refined (1956). His other big race successes included the National Stakes on Blue Butterfly and the Railway Stakes on Stackallen Bridge, both trained by Prendergast, in 1951.

Mullane moved to the north of England in 1960 and enjoyed some success, but his career was already in decline and was ended by a road accident in 1974.

Kevin Prendergast said: “Jimmy rode a lot for my father in the 1950s and when he was based in England I got him to ride a horse of mine named Derby House in a seller at Catterick. The horse won easily and landed a gamble.”

His fortunes tumbled to such an extent that he spent many years living in a caravan on a convent, before being evicted by the nuns and subsequently living in a tent in a Hampshire wood before returning to Ireland.

Predeceased by his wife Nancy, he is survived by a sister, Mary Ann, and a brother Joe, nephews, nieces and other relatives.

The funeral mass will take place in St Mary’s Church in Mallow Co Cork at 11.30am on Saturday, July 20 followed by private cremation.

FIRST PUBLISHED 6:17PM, JUL 19 2019
Jimmy rode a lot for my father in the 1950s and when he was based in England I got him to ride a horse of mine named Derby House