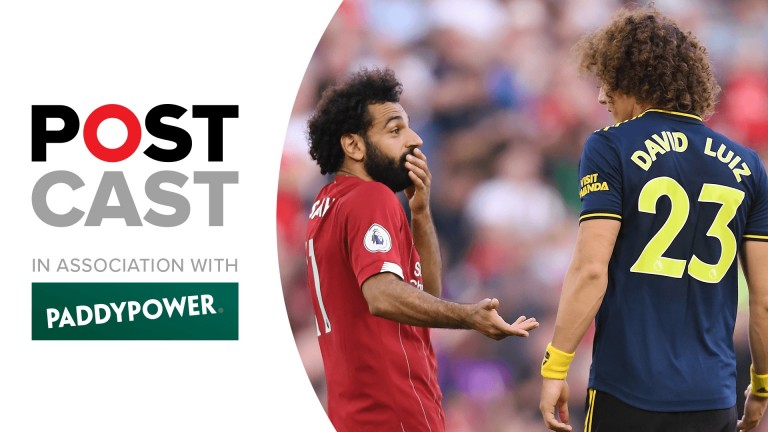 On the show:
- The team look back at last week's action in the Premier League including shock wins for both Crystal Palace at Old Trafford and Newcastle away to Tottenham. The team give their take.

- Arsenal can take a lot from their defeat against Liverpool at Anfield despite being outclassed in parts of the game. Unai Emery's men are sure to be up to get one over their North London rivals, the team give their tips and predictions on who will win.

- Ole Gunnar Solskjaer's wouldn't have expected his Manchester United side to be beaten by Crystal Palace last week and with injury issues amongst other problems surrounding the Red Devils, could it pay to side with Southampton?

- The team give their best bets of the weekend including down the leagues as the EFL is in full swing. Find out who the panel are backing.

All prices can be found at Paddy Power