Praising Arizona: Ryan Moore 'looking forward to him as a Guineas horse' 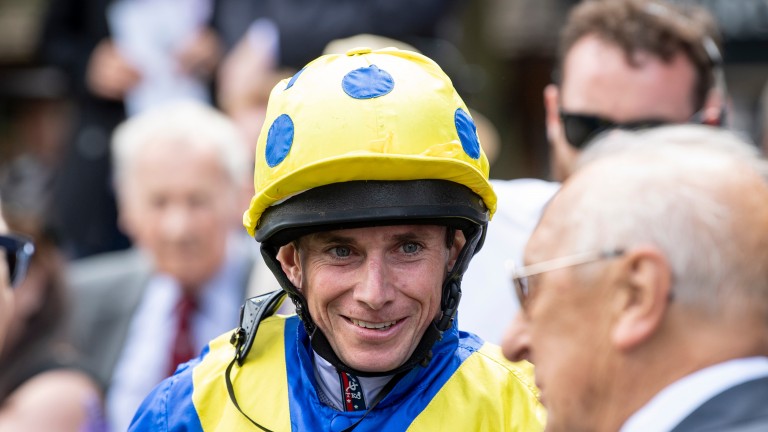 Ryan Moore says Arizona will be a horse to take seriously this year
Edward Whitaker
1 of 1
By David Carr UPDATED 11:39AM, APR 22 2020

It is not yet certain when – or even if – the Qipco 2,000 Guineas will be run this season but Ryan Moore has warned that Arizona is a contender to take seriously come the day.

The Ballydoyle colt was beaten two lengths by Pinatubo when second in the Dewhurst Stakes at Newmarket last October and then went on to finish fifth when favourite for the Breeders' Cup Juvenile Turf at Santa Anita.

But he was singled out as a three-year-old to look forward to by Moore, who has won the Guineas twice for Aidan O'Brien in the last five years, in Betfair's Racing Only Bettor Lockdown Lowdown podcast.

"I felt Arizona was going to get better and he ran a mighty race in the Dewhurst," Moore said. "Santa Anita was just too sharp for him and he just didn't have the skillset that was needed for round there at that stage.

"But I was looking forward to him as a Guineas horse. There were a couple of standout horses and he'd have to be stepping up to be beating them, the likes of Pinatubo and Victor Ludorum. But it's a new year and they change from two to three and I felt he was a horse that would have carried on improving."

Moore, who has been unable to ride out at Ballydoyle this year due to the Covid-19 restrictions, is also keen on Mogul despite the colt only finishing fourth in the Vertem Futurity at Newcastle last autumn.

"He's a big scopey horse and you'd have thought he would have improved from two to three," he said.

"It was disappointing that he didn't run a bit better but he impressed me when I rode him a couple of times and the size he is you'd have thought there would be more to come from him. I thought he had the physique and the scope and the ability to make into a proper Classic horse."

Moore is also looking forward to getting back on board Juddmonte International winner Japan, in whom a half-share has been sold to Masaaki Matsushima, since he finished fourth in the Prix de l'Arc de Triomphe last October. 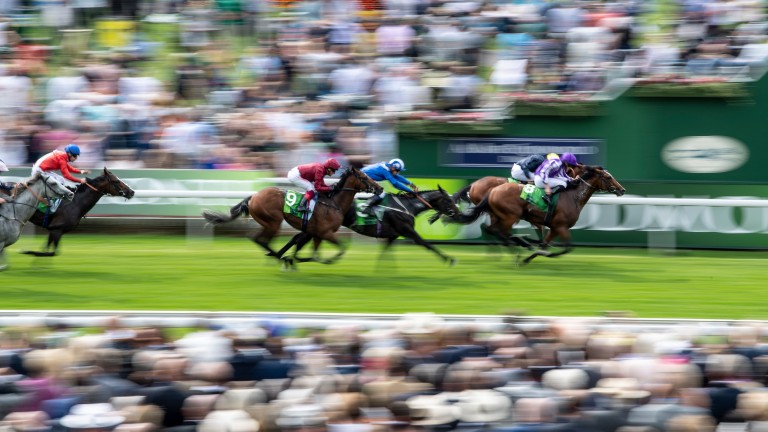 Japan, too strong for Crystal Ocean in the Juddmonte International, is Arc-bound again
Edward Whitaker

"I've a lot of time for Japan," he said. "He's a beautiful-looking horse. He progressed all year and he ran a very good race in the Arc.

"I felt we just didn't quite get home, it was a thorough test and we possibly moved after Enable a little bit too soon and he just tired in the last furlong. It will be great to have him back on the track again.

"He won three nice races and ran a big race in the Arc and I'm sure the new connections that have a share in him will have a lot of fun with him."

Moore has been riding out during the racing shutdown and said: "It's a tough situation for everyone and we just have to try to make the best of it.

"I think it's very hard to be critical of anyone. This is something no-one's ever had to deal with before. Everyone's having to think on their feet.

"I really hope we can find a solution to run the Classics in their rightful places. If the dates have to be moved then that's the way it's going to have to be but I'd very much hope to see Epsom run the Derby."

FIRST PUBLISHED 9:00AM, APR 22 2020
I thought Mogul had the physique and the scope and the ability to make into a proper Classic horse