Power outage but Vroum Vroum is back to tackle Tent again

Richard Forristal on a fantastic day's action – despite a sad absence 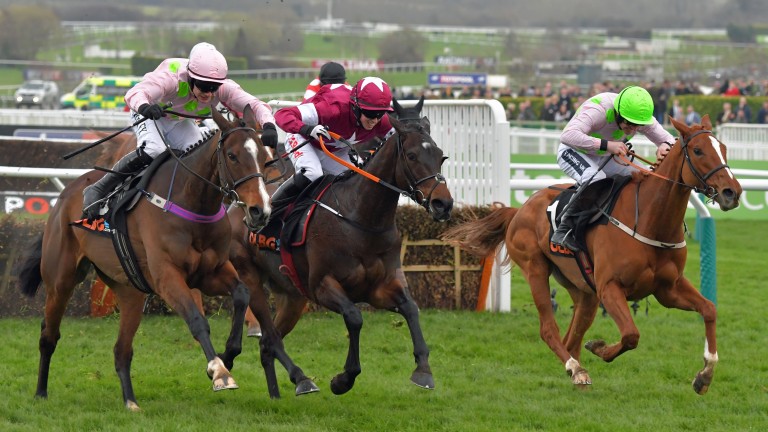 Having gone from being mildly disappointed that we wouldn’t see Annie Power return to the fray in Friday evening’s Betdaq Champion Hurdle, the realisation is now dawning that we might never see the finest jumps mare of her generation on the track again.

Nearly five years after the imposing chestnut made a winning debut at Galway for Jim Bolger, she looks poised to bow out with her exalted reputation intact. In 17 starts, the injury-plagued nine-year-old was beaten only by More Of That in an epic 2014 Stayers’ Hurdle.

Mercifully, the memory of her dramatic last-flight bookie-saving fall back at Cheltenham a year later was erased when she brought the house down by slamming My Tent Or Yours in the 2016 Champion Hurdle.

Annie Power subsequently gave My Tent Or Yours an even more demoralising pummelling at Aintree. If indeed she doesn’t run again, she will be remembered as a simply brilliant racehorse.

My Tent Or Yours will certainly be better off without her, although Nicky Henderson’s venerable ten-year-old has an unfortunate knack of emerging gallant in defeat regardless of his Grade 1 opponents.

In his last seven top-level outings, he has been runner-up in five, most recently emulating Theatreworld by finishing second in a third Champion Hurdle.

His stablemate and latest Cheltenham conqueror Buveur D’Air is absent this time, but he will still face a few familiar foes. A year ago, he found both Vroum Vroum Mag and Identity Thief too good in this €250,000 showpiece, and both also return now.

Vroum Vroum Mag has spent much of her career living off the scraps that fall from the top table at Closutton, and this season she has been haunted by former stablemate Apple’s Jade.

Denied by Gordon Elliott’s acquisition in two memorable encounters at Fairyhouse and Cheltenham, she twice capitalised on her nemesis’s absence in between.

She is a blue-chip utility player who could do her bit for the defending champion trainer’s title cause.

Joining her in the quest to make a proper dent in the deficit will be the County Hurdle winner Arctic Fire, who finished second in this to Faugheen in 2015. 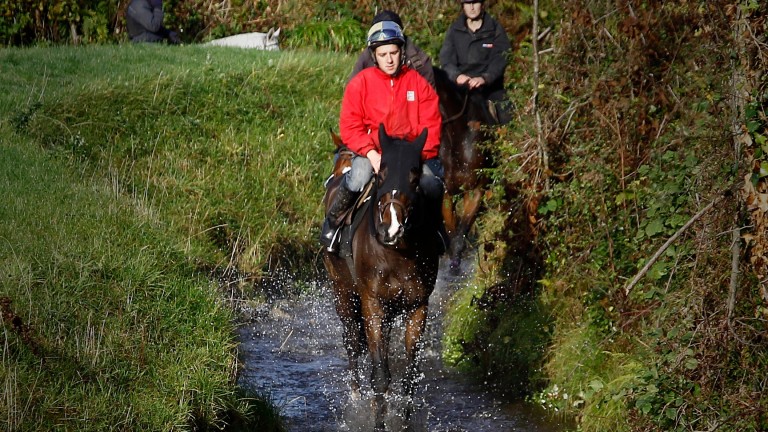 Arctic Fire, pictured at Closutton, has been entered in the Ascot Gold Cup
Patrick McCann

Ivan Grozny also comes in to bat for Mullins, while Bryan Cooper has gone for Petit Mouchoir rather than Identity Thief of Henry de Bromhead's Gigginstown pair.

Successful in his second Leopardstown Grade 1 of the season when landing the Irish Champion Hurdle, Petit Mouchoir enhanced his reputation with a cracking effort to be third behind Buveur D’Air at Cheltenham.

It is harder to know what to expect from Henderson’s Brain Power, who capitulated under pressure in the Champion Hurdle.

Another bidding to redeem himself will be Elliott’s Death Duty, who was spent before departing at the final flight in the Albert Bartlett.

He faces the formidable Finian’s Oscar in the Tattersalls Ireland Champion Novices’ Hurdle, in which Cheltenham heroine Let’s Dance will spearhead a four-strong Mullins delegation.

For all that the likes of Death Duty and Brain Power might have reputations to redeem, one horse has the potential to send the place into raptures if he recaptures his old spark. 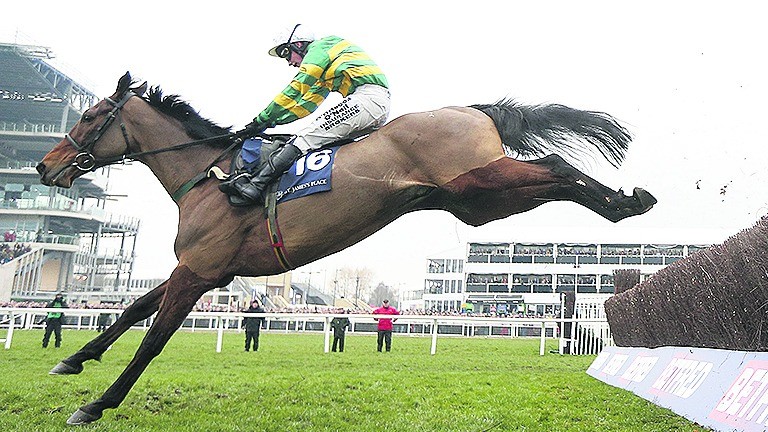 On The Fringe: will be back in action in the second half of the season
John Grossick (RACINGPOST.COM/PHOTOS)

Enda Bolger’s redoubtable On The Fringe bombed at Aintree after a couple of sub-par turns at Leopardstown and Cheltenham.

As such, the heady prospect of a treble-treble has evaporated. However, that might only serve to crank up the sentiment, and the place will be rocked to its foundations if Jamie Codd works his magic.

Five times On The Fringe has contested the Champion Hunters Chase here since 2010, and five times he has prevailed.

At 12 years of age, there is probably a chance it will be his final outing, so it would be some swansong if he were extend that remarkable record.

Among his rivals is another stalwart in Sir Des Champs, who beat Long Run here in the Gold Cup in 2013 after finishing second to Bobs Worth at Cheltenham.

In a stark illustration of the contrasts between jumping and the Flat, when On The Fringe was making his Dromhane point-to-point debut as a four year-old in late 2009, a certain Galileo yearling was just beginning to put a glint in Sir Henry Cecil’s eye in Newmarket.

Frankel’s career was a lot shorter than On The Fringe’s but he sure squeezed a lot in. His first crop of foals are of the Classic generation this year and they are making quite an impression, with three populating this afternoon’s five-runner trial at Sandown. 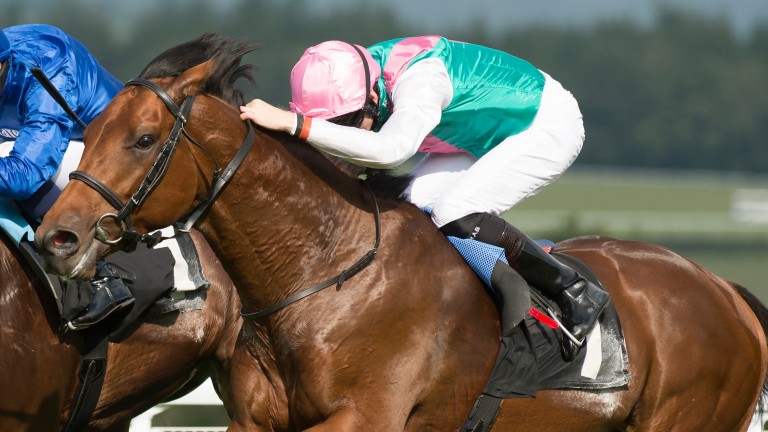 Cunco, Frankuus and Monarchs Glen fly the Frankel flag in the Group 3 over a mile and a quarter, and the last-named sports the ubiquitous Khalid Abdullah silks of his sire.

Monarchs Glen might come here only on the back of a smooth all-weather handicap win, but he is trained by John Gosden, whose runners are on fire right now.

Moreover, Gosden has previous when it comes to transforming handicap winners rated in the mid-80s into Classic heroes, with Jack Hobbs having danced up in the card's mile-and-a-quarter handicap en route to 2015 Irish Derby glory. There are many ways to skin a cat.

FIRST PUBLISHED 6:00PM, APR 27 2017
Frankel’s career was a lot shorter than On The Fringe’s but he sure squeezed a lot in