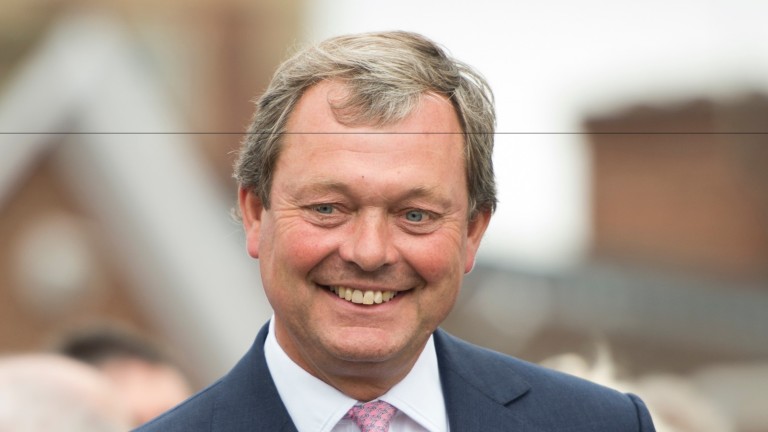 Ante-post gamble Wrangler sneaked into the field for the Betfred November Handicap on Thursday and is now joint-favourite with the sponsors.

Highclere Thoroughbreds' five-year-old, trained by William Haggas, was the last horse to make the cut for Saturday's £80,000 contest, the feature event on the final day of the turf Flat season in Britain.

Having been a 12-1 shot with Betfred on Monday, Cam Hardie's mount is now quoted at just 7-1 in a 23-runner field, alongside the first-time-blinkered Cape Cova (Nicky Mackay), who will be bidding to give John Gosden a record sixth success in the race.

Higher Power had topped the sponsors' betting on Thursday morning but was not declared by James Fanshawe.

The four-year-old reportedly got jarred up last season and his trainer said: "He wants cut in the ground and there's no rain forecast. I was really looking forward to running him but we have learned the hard way we cannot run him on quick ground."

Doncaster clerk of the course Roderick Duncan reported the ground on Thursday night was good to firm, good in places, and said: "The last significant rain we had was on the Thursday before the Racing Post Trophy meeting."

David O'Meara has two runners in a race he landed with Open Eagle two years ago, while Keith Dalgleish declared Mirsaale, who finished third in the Grade 2 Persian War Novices' Hurdle at Chepstow last month.

Dalgleish told Racing UK: "He ran a blinder at Chepstow. We'll see how he goes and after that we'll look at going back over hurdles."

FIRST PUBLISHED 3:27PM, NOV 3 2016
I was really looking forward to running him but we have learned the hard way we cannot run him on quick ground