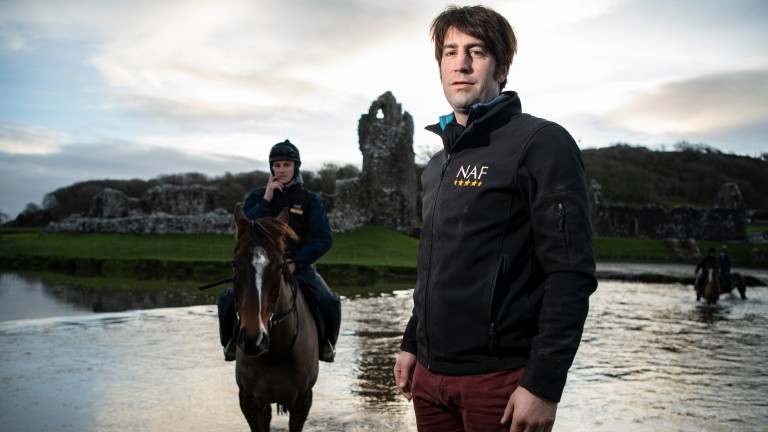 Trainer Christian Williams confirmed on Tuesday evening that his Welsh Grand National hero Potters Corner will head straight to the Cheltenham Festival after revealing that his stable star will miss the Glenfarclas Cross Country Handicap Chase on Friday, with last year's festival hero Easysland also set to bypass the race.

The ten-year-old, who gave the Welsh trainer and young jockey Jack Tudor a memorable success at Chepstow last Christmas, ran an encouraging race on his debut over the unique obstacles when third behind Kingswell Theatre in November.

He was set to use Friday's race as a stepping stone for the festival contest, for which he is 8-1 third favourite, but an unsatisfactory scope has forced Williams to rule out Potters Corner, with other spring targets at Aintree and in France also pencilled in for his star.

"He seems fine, we just weren't happy with his breathing and scope. When you're racing against that level of horses you need to be 100 per cent," Williams said.

"I'll speak to the owners first, but he should go straight there. We may have a racecourse gallop somewhere beforehand, but I don't see the need to run him in a two-grand hurdle as a prep run. It wouldn't be sensible to have a race before Cheltenham.

"He has plenty of targets in the spring, with the Cross Country and the Grand National being his two main targets. He could go to France afterwards. He has plenty of racing to look forward to."

Easysland announced himself on the cross-country scene in Britain with an impressive triumph in Friday's race last year before slamming Tiger Roll by 17 lengths in the festival showpiece in March.

However, he returned with a lacklustre fourth last month when sent off odds-on favourite and, given that he would contest Friday's race off worse terms against those who finished in front of him that day, trainer David Cottin has decided against making the trip.

"Easysland is fit and well, and I'm very happy with the horse," he said. "Unfortunately, we won’t be going to Cheltenham to run in the Glenfarclas Cross Country Handicap Chase.

"I'm disappointed not to be going to Cheltenham this weekend as it has been on his programme for the year and while his handicap mark was left at 167, I have no difficulty with that." 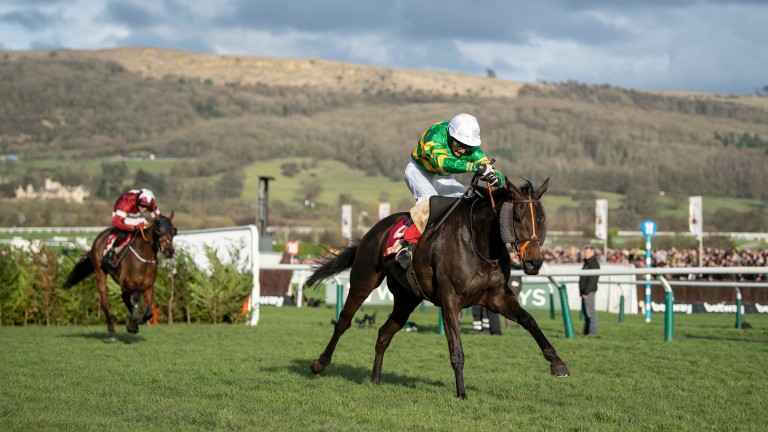 He added: "It's hard to understand that we are to meet the winner and second on worse terms than the last day, considering they are both handicaps. We are very disappointed he is not going and having discussed with the owner, we had no choice.

"We did raise it with the BHA, but had no success. Hopefully we will be back at Cheltenham next March in good form."

Easysland is a best-priced 2-1 with Betfair Sportsbook and Paddy Power to retain his Cross Country crown at the Cheltenham Festival in March.

FIRST PUBLISHED 8:11PM, DEC 8 2020
I don't see the need to run him in a two-grand hurdle as a prep run. It wouldn't be sensible to have a race before Cheltenham