Lessons for the sport through the eyes of a potential supporter 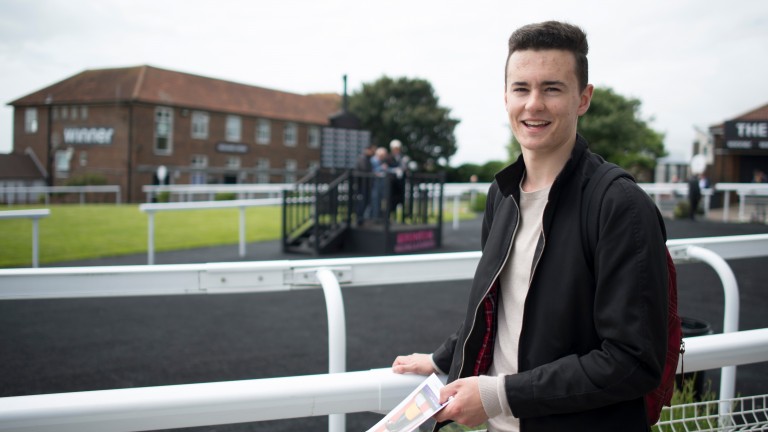 When did you fall in love with racing? Which course did you visit, which horse did you see in the flesh, that got you hooked?

Many can point to a moment in time when their love affair with racing began. The younger generations of racing fans will lovingly recall watching Kauto Star regaining his Gold Cup crown at Cheltenham, or seeing Frankel deliver performances they had never dared to believe possible.

For others, it may have been a delightful evening at Windsor or a first experience of seeing 40 runners stream over the Grand National fences at Aintree that sparked the love affair.

But there is another constituency of racegoers out there. The sport is among the best attended in Britain and so the reality is that, for many infrequent visitors, the spark is never ignited.

One such individual is Adam Powers, a 20-year-old student at Brighton University. Adam is sports mad and loves to analyse performance in sports like football from a data perspective. In theory, he is exactly the type of youngster racing could be cutting through to, but it has so far failed.

Perhaps a Monday afternoon at Brighton could change his mind. The seven-race card almost certainly contains no superstars but the weather is fine, the views are stunning and the fields are competitive, so there is plenty of appeal.

Adam has been racing fewer than five times in his life and admits it has so far failed to capture his imagination, but that is not to say there is nothing that intrigues him.

"I'd say it's the type of sport that when it comes on Sky Sports News, I switch off a bit," he said. "None of my family is into it and I think it's a bit of a hereditary sport, as opposed to one for the masses.

"It's always been a sport I hold in almost regal regard, like a posh sport. I've had days at the races and thought it was enjoyable enough but it hasn't really pulled me in.

"I do think prestige makes it a bit cool and attractive from an aspirational point of view. A lot of people my age like going, it's fun to have a formal day at something quite niche, that maybe suggests you might have a bit of money." 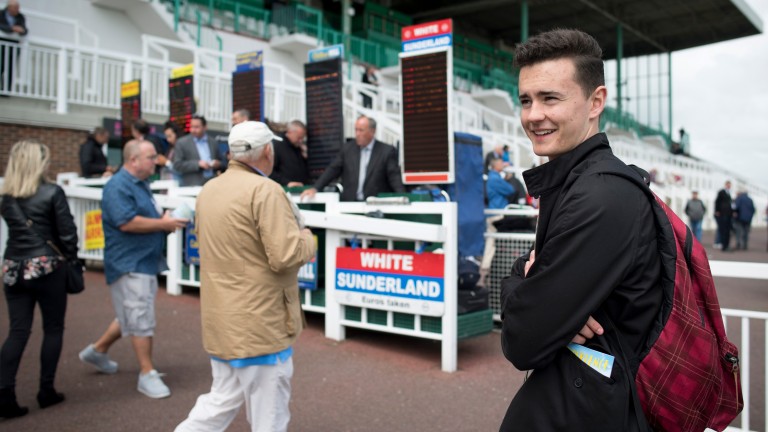 Adam enjoys a bet and so, with the first race looming, he headed to the betting ring to check the odds and make his selection. It was not a winning one but if there is a route into the sport, it is most likely through betting and he is not put off by his luck initially being out.

"If there's a way of winning money, people are always going to be interested," Adam said, although he felt the language around the races themselves could do with some demystifying.

While being shown around the course, Adam was pointed in the direction of the two-furlong pole. "What is a furlong?" he asked. It may be easy to scoff but the truth is, that is not a ridiculous question. What on earth is a furlong and why not express the distance in a unit of measurement everybody understands?

The confusion did not stop there. The first race was a novice auction stakes, which was followed by a fillies' handicap. Adam admitted to being confused about what those titles meant and indeed where such races sit in the overall picture of racing. 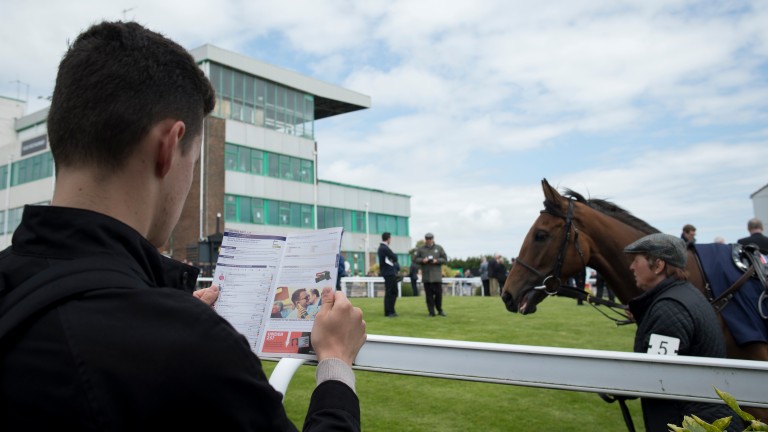 Adam Powers studying the form before a race
Edward Whitaker

"It's quite a traditionally titled sport, with language used that is not very inclusive," he said. "There's a lot about the day where I don't really know what's going on, it all relies on you to know what it's about."

Confusing it may be but the explanation of what type of races there are, how handicapping works and so on is all available on the internet for those interested enough to find it, but whether it should be such an endeavour is a fair question.

Adam highlighted the issue as part of a broader point about the make up of the day itself, which he felt did not provide anything like enough in the way of entertainment, with the actual racing accounting for a little over 11 minutes of the afternoon.

"I don't feel like there's enough happening during a day of racing, especially when it comes to holding the interest of this millennial generation, it needs more to keep you going," said Adam.

"We've been brought up in a world where we're used to having everything quick – we're not the most patient generation – so I don't think it's a great spectator sport to go and watch and I think that's how people get into most sports. The fact you only actually get to see a small part of the race itself does not help either." 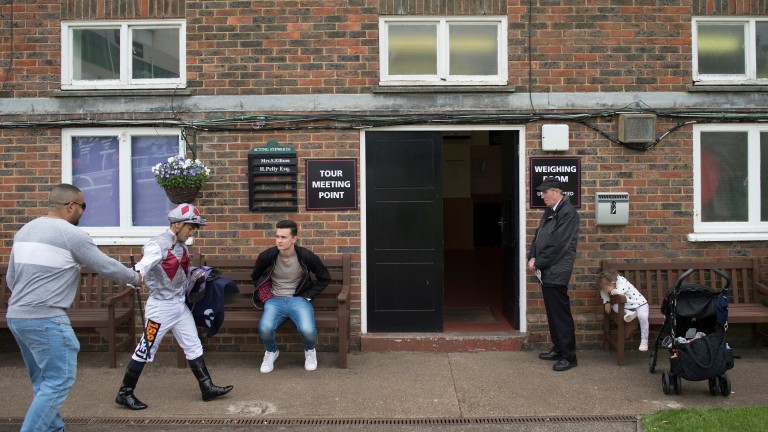 Patience is not the only thing Adam's generation can be short on, with disposable income another issue he highlighted. General admission to Brighton's Monday afternoon fixture was £18 and Adam was frank in his assessment of whether he felt that represented good value.

"Thinking it could cost as much as that or more to go racing is very off-putting," he said. "I might well think about suggesting to some friends that we go racing but straight away I'm thinking the cost would be too much, there's no way I'd get them to agree to that."

With the university year coming to a close, Brighton may have hoped more young people would take in a day at the races, but the truth is the crowd on this particular day had an older feel about it, something that was not lost on Adam as the afternoon wore on.

"You don't want to lose touch with your roots and tradition as a sport but at the same time, you do have to move with the times," he said. "That's what cricket has done, golf is trying to do it too.

"If you're not entertaining for the masses, you risk your sport dying out and when you look at the generations racing seems most popular with, it could be a concern. It needs a hook for young people and I'm not sure it has enough of one.

"The product is the most important thing and it just doesn't appeal to enough people."

'There could well be so many beautiful stories'

Adam's views on racing are not all bad and he believes  a better understanding of what he was watching at Brighton in terms of where the races sit in the bigger picture of racing would be helpful.

Tying in with this was a sense of not understanding the key actors in the game, namely the horses themselves,and Adam feels a greater appreciation of what the arc of a given horse's life in racing looks like would increase his interest.

"It could be that it's just something you need to be introduced to from a young age but I have no idea what goes into making a horse and getting it to the races and I think if I did I might feel differently.

"I can see there could well be so many beautiful stories behind each of these horses and it would be a really interesting process to follow, but I don't think it's communicated as well as it could be."

Adam, of course, was only one person attending one day of racing at one course. As perfectly pleasant as Brighton was, and this piece should in no way be seen as criticism of that venue, perhaps a day at Cheltenham or Ascot for some high-class racing may have brought about different feelings.

It would be foolish, therefore, to take Adam's remarks and extrapolate from them that racing is hamstrung by an inability to reach young people, or that the sport is so inward-looking as to make outsiders feel unwelcome.

At the same time though, it would be extreme to simply dismiss Adam as just one youngster who simply just does not care for racing. While he may not speak for a generation, he is representative of a demographic racing should be tapping into and may be falling short. 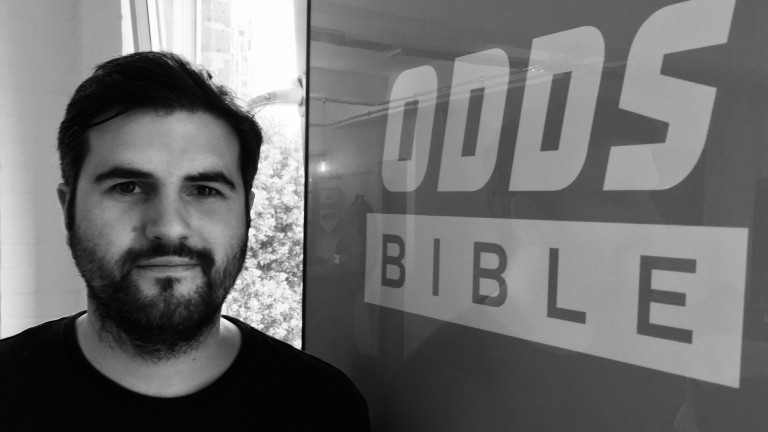 Alex Donohue: "Racing is arguably one of the most visually stimulating sports"
FIRST PUBLISHED 4:52PM, JUL 5 2017
I can see that there could well be so many beautiful stories behind each of these horses and it would be a really interesting process to follow