Talk of the Tracks FONTWELL

Popham back on track and looking forward to Annacotty 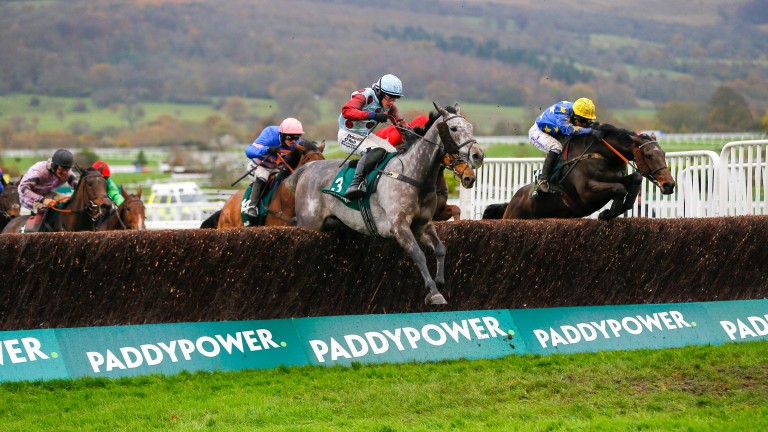 Ian Popham enjoyed a timely boost when the Dan Skelton-trained Yes I Did gave him a first win since the beginning of May, making all in a depleted field for the beginners' chase.

Popham has had more than his fair share of setbacks over the years, and he was in the wars again in the summer.

However, his spirit never appears to waver and he has been looking forward for months to resuming his partnership with Annacotty, who returns to Cheltenham next Saturday in a bid to repeat last year's win in what is now the BetVictor Gold Cup.

After Yes I Did had won eased right down by seven lengths from outsider-of-three Frank N Fair, Popham revealed: "I had a winner for Alex Dunn at the start of this season but then I broke a hand in a fall at Dan's."

He added: "I've been down to Alan King's nearly every Monday riding out Annacotty and he's in good form, although I'm hoping Cheltenham gets some of the rain we've had here today as he loves it soft. I'm very lucky to have the ride and he gave me the biggest day of my career.

"I'm trying my hardest, riding out for Dan a couple of mornings and also for Alan, Richard Phillips, Noel Williams, Victor Dartnall and anyone who'll have me, but it's rides like Annacotty that keep you going through the quiet times."

There was drama in the conditional riders' novice hurdle, as 1-7 chance No Hassle Hoff was well over 30 lengths clear when he caught the top of the final fight and fell, leaving Tommy Dowling on sole opponent Chief Bottlewasher in splendid isolation.

The turn in fortunes for Dowling was remarkable, as the last time he was at Fontwell he left in an ambulance, unsure if he would ever ride again.

He recalled: "I got a fall on the first hurdle off a horse called My Anchor. I broke my back and had to have metal rods put into it. I also broke my shoulder and my collarbone, bruised my lung, and damaged my hip.

"I was off nearly five months but came back in September and rode a winner first time on Baltic Storm. This is my first time back at Fontwell and a bit of a better experience than the last one."

Conditional Kieron Edgar's switch from David Pipe to Harry Fry in the summer is starting to pay dividends, and he can expect more opportunities now there is some rain about.

His easy handicap chase win on former point-to-point winner Innocent Girl was his third on the mare in just over a month.

The persistent rain that changed the going from good, good to firm in places, to good to soft, good in places, had not been forecast. Clerk of the course Ed Arkell reckons if it had come on Wednesday night there might have been 70 or 80 runners instead of just 27.

FIRST PUBLISHED 5:40PM, NOV 4 2016
Annacotty is in good form, although I'm hoping Cheltenham gets some of the rain we've had here today