Politologue warms up for Cheltenham Festival in style 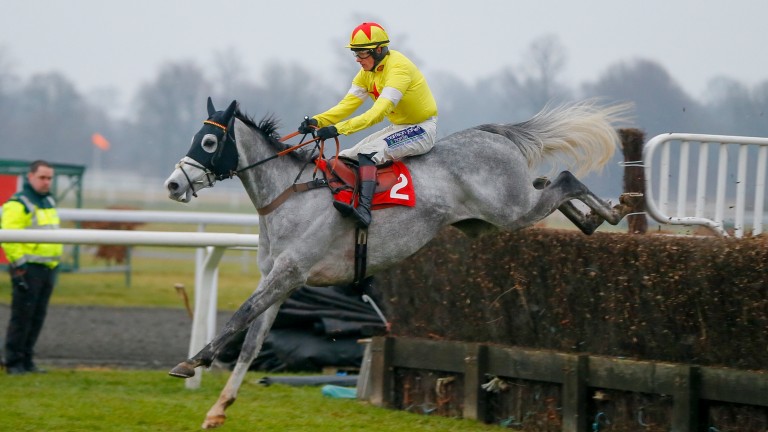 Politologue and Sam Twiston-Davies out on their own in the graduation chase
Mark Cranham
1 of 1
By James Burn 5:03PM, FEB 10 2017

Politologue, reckoned by trainer Paul Nicholls to be among his best chances of success at Cheltenham next month, warmed up for the festival in straightforward style by dismissing Pain Au Chocolat in a match race at Kempton on Friday.

Sent off a 1-9 chance to beat his rival who was rated at 7-1, Politologue did not put a foot wrong as he skipped to an 11-length victory.

The mount of Sam Twiston-Davies, who was riding his 101th winner of the campaign after notching the century earlier on Kempton's card, the grey was left unchanged at a best-priced 8-1 for the JLT Novices' Chase at Cheltenham but was trimmed by one or two firms and is now as short as 6-1.

That will be his aim, despite an entry in the Racing Post Arkle, and Nicholls recently suggested the John Hales-owned six-year-old - along with  JT McNamara National Hunt Chase contender Arpege D'Alene - was his brightest hope for the festival.

Hooded for the first time, Politologue had won his first two over fences, but was beaten at Haydock last month.

"That's job done," Nicholls said. "I thought he was nice and relaxed in the hood. I was nervous about running him so soon after having a hard race at Haydock last time but he hasn't done a piece of work - just a couple of canters a day.

"This has worked out well and we have five weeks to get him ready for the JLT at Cheltenham."

FIRST PUBLISHED 5:03PM, FEB 10 2017
This has worked out well and we have five weeks to get him ready for the JLT at Cheltenham