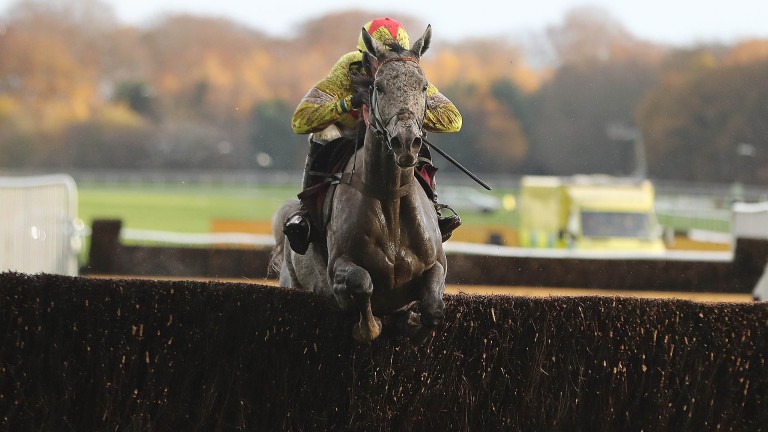 Politologue propelled himself into contention for top novice honours as he won the Noel Novices' Chase in stylish fashion at Ascot on Friday.

Making just his second start over fences, 10-11 Politologue skipped over the Ascot fences as he made all.

Only Rock The Kasbah provided meaningful opposition at the business end of the race, but he was brushed aside on the turn and the winner was value for more than the four-length margin at the line.

Several firms slashed the winner's odds for the RSA in the immediate aftermath, but trainer Paul Nicholls was more cautious. "Next season he will be ready to take on the big boys but we won't do that this season. We will get some experience into him. I am not that mad about going too far with him this season. Two miles four, five or six is about as far as he needs to go."

Nicholls added: "He is enthusiastic, he jumps, he has plenty of pace. You are all going to ask what he will do at Cheltenham but it is unlikely to be RSA. He could go two and a half and there are two and halfs at Aintree and Ayr. I am really focussing on next season. He will be awesome then and we are just going to mind him for that."

As a result of the trainer's comments, Politologue remained 20-1 for the RSA with some firms. For the JLT, he is now a best-priced 16-1 with Paddy Power and as short as 8-1 with BetVictor and Ladbrokes.

Also at Ascot on Friday

Capitaine put in a superb round of jumping as he made all to win the Sky Bet Supreme Trial Novices' Hurdle by three and a half lengths from Captain Forez.

Ridden aggressively by Sam Twiston-Davies, Capitane bounced off the turf at many of the flights and saw off challenges from the runner-up and Keep In Line to win at 9-1, returning the fifth of six in the betting.

The winner had opened up a clear lead early on, but by the time they turned in all but the disappointing 5-2 favourite Thomas Campbell had some sort of chance. Capitaine was able to fend off the strong-travelling Keep In Line at the last and always had enough in hand over the staying-on runner-up.

Trainer Paul Nicholls said: "I've always thought he was smart. He hosed in at Wincanton. I completely got the tactics wrong at Haydock. The ground was very heavy and he's been keen.

"He learned a lot that day. Sam said there was no gallop so I said let him bowl along, try and dictate it from the front and just keep quickening because all he does is stay. 9-1 was a massive price. He is a good horse and was carrying a penalty."

Bookmakers, however, were not quite so bowled over by Capitaine's performance. bet365 offer a standout 25-1 for the Supreme Novices' Hurdle, while he is 20s generally.