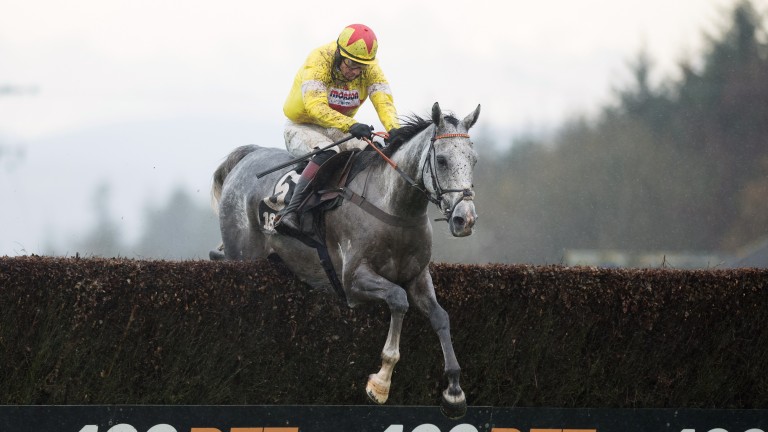 Politologue, who was last seen in April when stumbling after the last when likely to win the Grade 1 Doom Bar Novices' Chase, ground his rivals into submission and led home a one-two for trainer Paul Nicholls in the Haldon Gold Cup.

Wet conditions along with already soft ground led to an attritional contest and a number of the high-class field were in trouble entering the straight when Sam Twiston-Davies on the winner put pressure on the pacemaking Gino Trail.

Easily shaking that rival off after the third-last, the John Hales-owned six-year-old looked the clear-cut victor before his strong-travelling stablemate San Benedeto mounted a challenge when Politologue was wandering after the last. However, he had done enough to land the Grade 2 prize – a sixth win in the race for Nicholls.

San Benedeto was the beneficiary of Politologue's fall at Aintree in that Grade 1 contest, but Politologue, sent off the 5-2 favourite, proved too good for his stablemate this time and looks set to be a money-spinner at the top level this year.

Nicholls said: "I was slightly nervous that Politologue might just need it on this softer ground – we haven't done that much with him as he only came back to me at the end of August and we have had to press a few buttons quickly with him.

"He's learning all the time and settling a lot better in his races as he gets that bit older, so now the plan will be to head off to the Tingle Creek at Sandown at the beginning of December and hope the ground is not too soft.

"That was some performance from both my runners. They have pulled 25 lengths clear of the third horse so it was a proper race.

"San Benedeto has done nothing wrong but he did have race fitness on his side and has run a blinder as the ground would've been soft enough for him."

Politologue was shortened to 5-1 (from 12) for the Tingle Creek at Sandown next month by Paddy Power.

FIRST PUBLISHED 2:14PM, NOV 7 2017
He's learning all the time and settling a lot better in his races as he gets that bit older