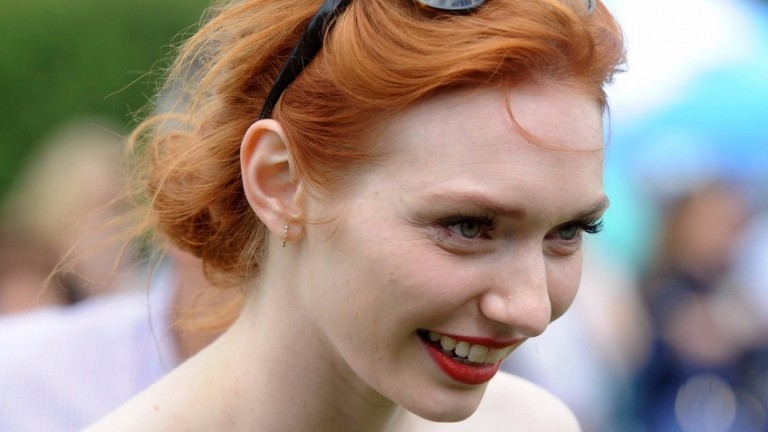 Poldark star Eleanor Tomlinson during the judging of the fun dog show in Adlestrop
1 of 1
By David Carr 7:30AM, JUN 12 2017

On Sunday night Demelza Poldark was trying to rebuild her marriage with errant husband Ross but in the afternoon she was presented with some different – though equally tricky – decisions.

Demelza, or rather Eleanor Tomlinson who plays the character in the BBC1 ratings winner, was judging a fun dog show at Adlestrop in Gloucestershire at the invitation of trainer Richard Phillips. 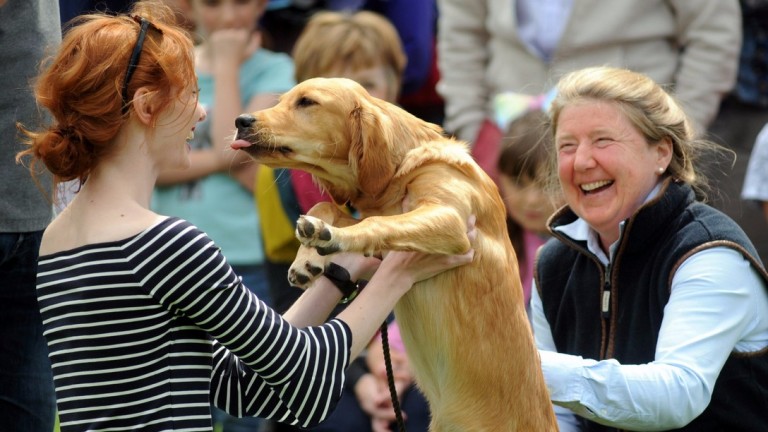 Actress Eleanor Tomlinson makes a new friend during the dog show in Gloucestershire
She proved a huge attraction and Phillips said: "It's been a wonderful success, we've had a huge crowd and the car parks were full. We've had more people than ever before – and I think that's a little bit to do with Eleanor turning up!

Tomlinson was accompanied by her racecourse commentator father Malcolm, who is an old friend of Phillips.

The trainer laughed off suggestions he had pulled off a master stroke by booking her on the day a new series of Poldark started and said: "It was a happy coincidence and it's worked out very well. We've raised loads of money for lots of good causes.

"Eleanor's been absolutely fantastic. She chatted to everyone, she's a great fan of dogs and she's had a lovely day. We had more dogs entered than ever before and she found it very hard to make decisions, but she enjoyed it."

FIRST PUBLISHED 7:30AM, JUN 12 2017
Eleanor has been absolutely fantastic. She chatted to everyone, she's a great fan of dogs and she's had a lovely day