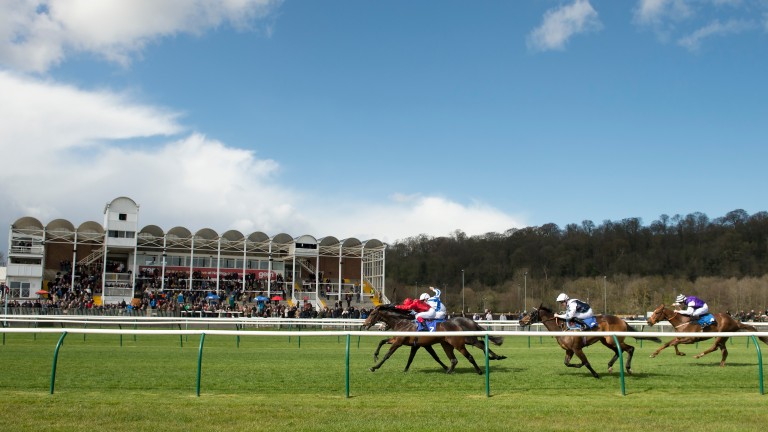 Owner Michael Hollier had an afternoon to remember at Nottingham on Saturday after the shock success of 125-1 outsider Lady Monica, who is named after his late wife.

Lady Monica’s head victory in the opening 6f novice stakes was a huge step up on her two previous efforts, when finishing 11th on both starts at Wolverhampton and Doncaster last season.

Hollier said: "I had a tenner each-way at 200-1 but the money doesn't bother me – it's just the fact we've had a winner as this horse is named after my wife who died four years ago.

"I'm so delighted. I came here thinking she didn't have much of a chance to be honest. She's a lovely looking filly and has come on over the winter. It was her first run of the year so that was unbelievable."

The Bated Breath filly, who cost just 2,500gns in October 2017, traded at the maximum odds of 999-1 for £746 in running on the Betfair Exchanges after looking outpaced at a crucial stage of the race.

However, her stamina came to the fore as the protagonists were running on empty and flew home to land the prize, providing trainer John Holt with his first winner for 470 days.

Holt said: "It's quite a surprise really. She didn't show a lot as a two-year-old but the soft ground helped her. The drop in trip suited her too and it's great for her to win as she is Michael's first horse."