Plunge on Douvan for Sandown but Moore stands his ground 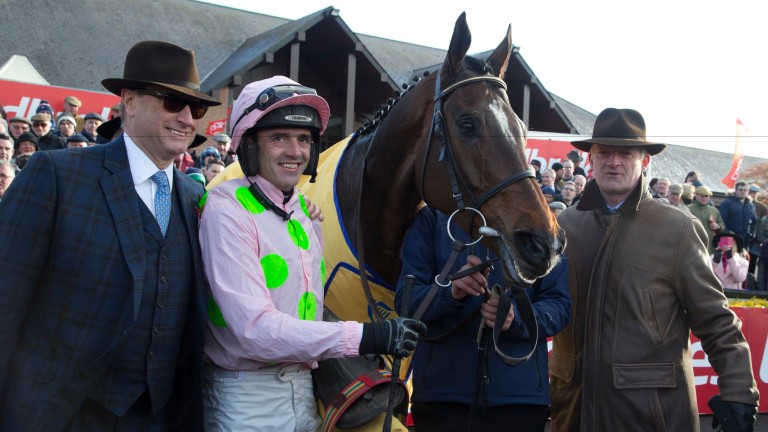 Douvan is worrying bookmakers yet again. The shortest-priced winning favourite at this year's Cheltenham Festival when winning the Racing Post Arkle was the subject of an almighty plunge on Tuesday morning when his price plummeted into 4-7 (from 4-1) with most firms for Saturday's Betfair Tingle Creek Chase.

Despite the widespread gamble, which transformed the Tingle Creek market in a matter of minutes, Willie Mullins was keeping tight-lipped about the prospect of Douvan showing up at Sandown.

He told the Racing Post on Tuesday morning: "Douvan is fine but no decision has yet been made."

But the weight of support that arrived for Douvan between 10.30am and 11.30am would suggest otherwise.

"It all happened in the space of an hour," said BoyleSports' spokesman Leon Blanche. "He was 7-2 at half past ten. That quickly became 3-1, then 2-1, into 11-8, shortened further to 10-11 and now we are 4-7. With Un De Sceaux on the drift and out to 5-1, it is looking increasingly likely that Douvan will represent the Mullins camp on Saturday. He could have an SP of 1-3 or even shorter."

Blanche added: "All the people we respect are on. It happened quickly but it was the right faces who wanted to back him. They got on decent sums of cash without the figures being earth-shattering."

Douvan has a perfect record of ten from ten since joining Willie Mullins and won Grade 1 novice chases over two miles at the Cheltenham, Aintree and Punchestown festivals last spring. He is generally a 4-6 shot to win the Betway Champion Chase at the 2017 Cheltenham Festival. 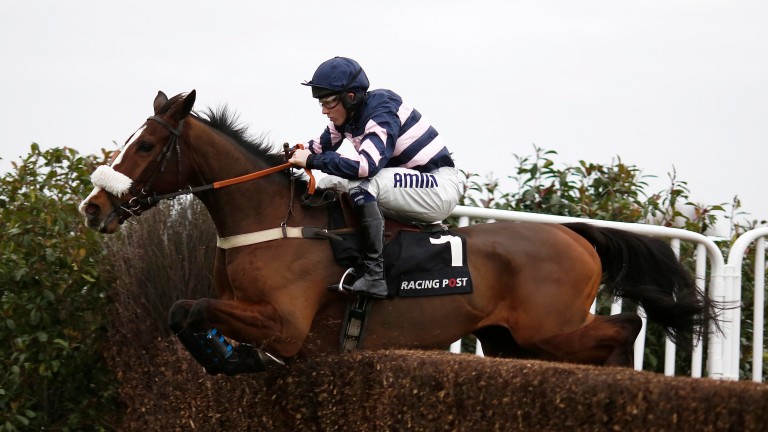 Despite the possible participation of Douvan, Gary Moore has elected to stick to his guns and confirmed that Ar Mad will definitely join stablemate Sire De Grugy in the Tingle Creek, rather than take up the option of the Betfred Peterbrough Chase at Huntingdon 24 hours later.

Ar Mad put in one of the best jumping performances from a novice seen on either side of the Irish Sea last season in the Racing Post Henry VIII Chase on this card 12 months ago, but has not been seen in public since February after sustaining a foreleg fracture.

Explaining his decision, Moore said: "Ar Mad definitely goes to Sandown. I think the ground is probably going to be too quick for him at Huntingdon and the trip would be a concern as well. All of mine are needing a run so he might as well go to Sandown with Sire De Grugy."

Clerk of the course Andrew Cooper reported no major changes to the going on Tuesday, with the track surviving unscathed after temperatures dipped to -4C on Monday night.

"We would have raced today with no problem and Tuesday should be the last night this week below freezing," said Cooper. "We have left the ground unchanged at good, good to soft in places on the chase course and the reverse over hurdles."

Among 12 entries for the Peterbrough Chase on Sunday, both God's Own and Vibralto Valtat also hold an entry in the Tingle Creek.

Ladbrokes reported a couple of movers for races over the Grand National course at Aintree on Saturday, with Seafood into 8-1 joint favourite from 10-1 for the Grand Sefton, with money coming for Alvarado in the Becher Chase.

Twice placed in the National itself, the Fergal O'Brien-trained 11-year-old was cut into 10-1 joint favourite from 14-1.