Plenty of betting opportunities on a manic Monday of racing 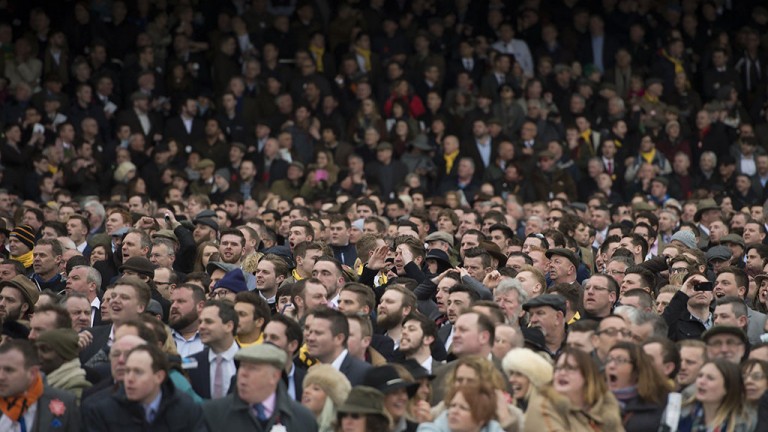 The crowds will be packed in to racecourses on Boxing Day
Edward Whitaker (racingpost.com/photos)
1 of 1
By David Ashforth 8:16PM, DEC 26 2016

Fingers on the remote control buttons! 77 races in England and Ireland in less than five hours – on average a race every 3.7 minutes. Trainers and owners are desperate to have a runner on Boxing Day in order to escape from their families, so we’ve got them to thank.

The result is an addict’s heaven, a chance for jockeys struggling for rides to get some and the cause of domestic discord around the land. Amazingly, there are people who think there are better things to do on Boxing Day than either go racing or sit at home watching it.

As a special treat, there’s also a gripping mystery surrounding BHA Rule 143.6. Read on, if you can be bothered.

First prize of the day goes to Gordon Elliott, who has 24 runners at four different meetings, mostly in Ireland but two at Wetherby. Second prize goes to Ian Williams, who only has 11 runners but has spread them around seven meetings. Third prize is shared between Nigel Twiston-Davies and Tim Vaughan, both of whom have 14 runners at five different meetings.

It’s surprising there are enough horseboxes and staff to go around. Maybe some of the horses will make their own way to the track.

It’s all good news for Andrew Thornton, Tom Humphries and other jockeys who have more rides than usual. Let’s hope that Thornton’s seven rides at Wincanton yield at least one of the two winners he needs to reach the elusive target of 1,000 career wins, then we can stop writing about it.

Three of Humphries’ four rides at Huntingdon have sound chances, made sounder if Twiston-Davies’s promising conditional jockey can still claim a whacking 10lb despite having won the five races that will reduce his claim to 7lb. But when? That is the Boxing Day mystery.

Rule 143.6 states that the allowance can still be claimed “until three clear days after the day on which [the rider] reaches the maximum number of winners appropriate to the allowance.”

Humphries rode his fifth winner on Wednesday December 21. If days when no racing is scheduled in Britain are not counted, he can claim 10lb on Monday and Tuesday; if they are counted, which would be unfair, Humphries can only claim 7lb.

If Weatherbys were open on Christmas Day I could tell you the answer but, scandalously, they’re not.

It’s fortunate that both Cue Card and Thistlecrack are running in the King George VI Chase at Kempton (3.15) otherwise it would be a disappointing line-up. Thistlecrack is exceptional and spectacular but still has a novice’s potential to be disastrously wrong at a fence – standing off too far the most likely problem - so I’d oppose him, although the small field should help.

One who won’t be winning is Gray Wolf River, a bad maiden hopelessly out of her depth in the five runner Christmas Hurdle (2.40) but set to recover at least £2,680 if she completes the course. That’s more than five times as much as the 11-year-old has earned in her whole career.

Have a good day.