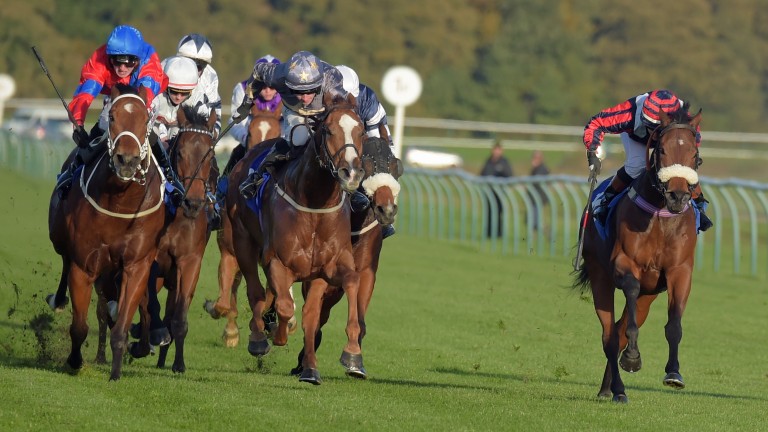 Pearl Noir brought up his century in fine style with a win at Catterick last month and stablemate Coiste Bodhar bids to follow suit at Southwell.

Their trainer Scott Dixon expects a big run from the seven-year-old when he makes his 100th appearance in the 6f handicap, at the track where he has scored five of his 12 career wins.

"Coiste Bodhar is drawn okay and I'm not massively concerned about being a couple of pounds out of the handicap," he said.

"I'd have thought he'll be a big price but he's in good form and I wouldn't be surprised if he's in the three."

Dixon has had the sprinter since 2014 and said: "He's a pleasure to train and has been from the moment we got him from Joseph Tuite, he was purchased privately and he's given the owners William Robinson and Steve and Yvonne Lowe a lot of fun.

"He loves the game, he's full of enthusiasm and he can run often, though he's not had as many runs this year as he normally would have because he needs good to soft ground or slower and it's not been about - there's not been anything wrong with him."

Coiste Bodhar has won twelve times from 99 starts, and victory on Monday would take his earnings to just short of £50,000.

"He's difficult to predict sometimes but he's a trier and when he's right and in form he'll oblige," Dixon said.

"He prefers to be on the front end and over the last couple of years he's been suited by a step up to six furlongs as he's not quite as quick early on as he used to be."