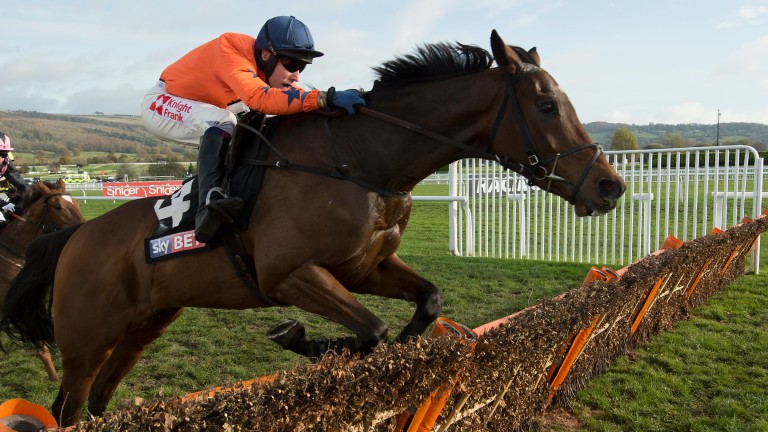 Moon Racer is entered in both the Champion Hurdle and Supreme Novices' Hurdle
Edward Whitaker
1 of 1
By Andrew King 1:41PM, NOV 15 2016

David Pipe is anxious to make up for lost time with Moon Racer after the seven-year-old impressively maintained his unbeaten record over hurdles and was installed the new favourite for the Sky Bet Supreme Novices’ Hurdle at the Cheltenham Festival in March.

After Moon Racer got the better of long-time leader Mirsaale in what turned out to be a tactical Grade 2 novice hurdle, Pipe immediately declared he was anxious to get more match practice into the 2015 Champion Bumper winner.

He said: “He could go straight to the festival after that but we want to run him again just to give him more experience. We've had a clear run so far this year for the first time, but he's seven going on eight and has had only two runs over hurdles, so he needs a bit more racing.

“We weren't sure about the ground as the rain has got into it but he handled the conditions really well and Tom [Scudamore] has given him a great ride. He jumped nicely and showed a nice turn of foot when it was needed, so hopefully he won with a bit in hand.”

Pipe added: “He'll have an entry in the Champion Hurdle as it’s always been a Pipe thing to keep all options open, but the Supreme is likely to be the aim as things stand.”

Moon Racer was promoted to favouritism for the Supreme, with the race sponsor among the majority in quoting 8-1. He is 33-1 with sponsor Stan James for the Champion Hurdle.

Le Prezien made it second time lucky over fences in the Grade 2 Racing Post Arkle Trophy Trial Novices’ Chase as he was upsides Some Plan when that rival buckled on landing at the penultimate fence before going on to score from Hammersly Lake. 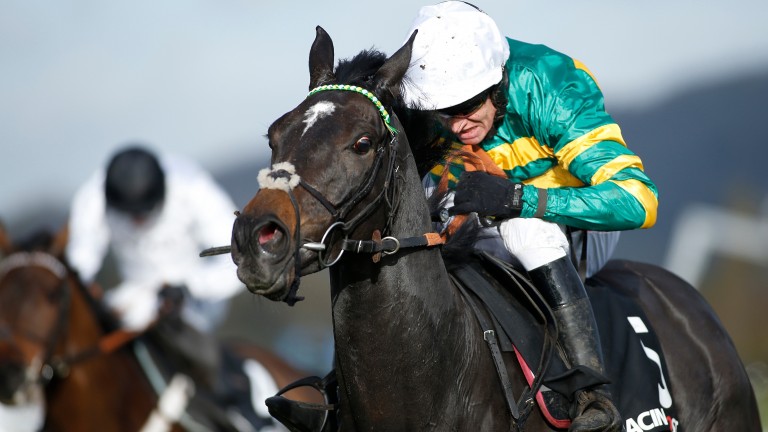 Le Prezien: a contender for the Cheltenham Festival
Alan Crowhurst
His trainer Paul Nicholls had expressed some anxiety that this race might come a shade too quickly after his Uttoxeter chasing debut 16 days previously, but those fears proved unfounded.

The champion admitted: “I had slight reservations about the proximity of this race after his chasing debut but he has done it really well.

"He's only five and stays very well, so we wouldn't be averse to stepping him up in trip at some stage.

“His jumping got better as the race progressed and that’s a bit like he was over hurdles, so all in all it was a pleasing run. There are plenty of races coming up but we'll not be making any plans too quickly.”

Jump racing is a great sport but there are downsides and Nicky Henderson had an afternoon to forget as he announced the retirement of stable star Sprinter Sacre and then lost Simonsig in a fatal fall.

FIRST PUBLISHED 6:12PM, NOV 13 2016
He'll have an entry in the Champion Hurdle as it has always been a Pipe thing to keep all options open, but the Supreme is likely to be the aim