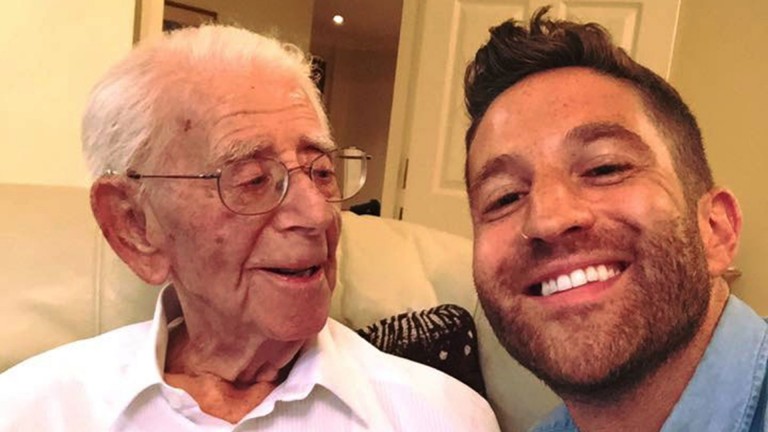 Jack Fisher, whose red and white racing silks were carried by stars of the turf such as Royal Heroine, Katies and Mysilv, will be joined by his nearest and dearest on Sunday to mark the 100th birthday he celebrated on Friday.

Fisher, a major player in the rag trade during his working life, has long had a passion for racing, which continues to burn bright as he sets off on his second century.

Also still burning bright is a passion for Arsenal Football Club, which helped to produce a number of Fisher's horses' names, including David Jack, who won the Magnet Cup in 1966 and later that year finished third in the St Leger, prior to landing the Ormonde Stakes the following season.

Fisher showed himself to be something of a pioneer when sending David Jack for a race in America, where Brady also headed, winning at Gulfstream Park after mopping up seven races from the yard of the owner's close ally Mick Ryan in 1982.

It was also Ryan who trained subsequent Breeders' Cup Mile winner Royal Heroine to win the 1982 Princess Margaret Stakes, after which Fisher sold her to Robert Sangster.

Katies claimed the Irish 1,000 Guineas and Coronation Stakes for Terry Ramsden after he bought her from Fisher, who christened Mysilv – later a jumps star for syndicate and club owners – as a nod to his wife Sylvia.

"I've been very lucky," said Fisher on Saturday. "The Chief Rabbi came to see me on my birthday, I've had a letter from the Queen and tomorrow I'm having a party with family and friends.

"David Jack was my first winner, so I suppose he was my favourite horse for that reason. Then there was Brady. He just kept on winning. I've been very lucky, but I had some fantastic trainers as well."

Fisher, whose party guests will also include good friends Philip Robinson and jockeys' agent Shippy Ellis, added: "I still follow racing, although not as an owner. It's always on the television, though. Racing is in my blood."