'Piggott, Dettori and Peslier would make great guests at a dinner party' 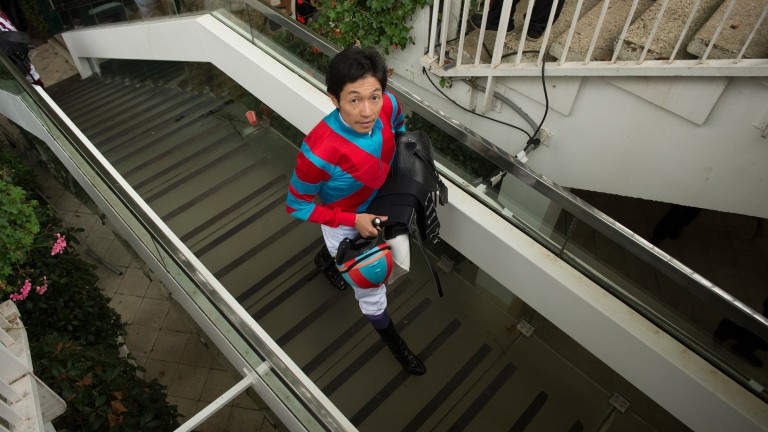 What advice would you give your ten-year-old self?
I wish I could tell him to study his English better.

When did you first know you'd become a jockey?
It was when I was ten and started riding properly.

What do you think racing does best?
The fact that people race by riding horses. I think there's nothing as fascinating as that.

Other than better prize-money, what is the one thing you would change about racing?
Since it's quite difficult to obtain visas to travel outside one's home country, it would be great if it could be made easier for jockeys to travel and race all over the world. For example, having the possibility to apply for a special 'jockey visa'.

Who has been the greatest influence on your career?
My father. As a horseman, he was a great influence.

Which country would you most like to race in that you haven't yet?
I would like to race in Switzerland and give racing on the snow at St Moritz a try. As for a specific racecourse, I would also like to try riding at Epsom, as I've never ridden there. 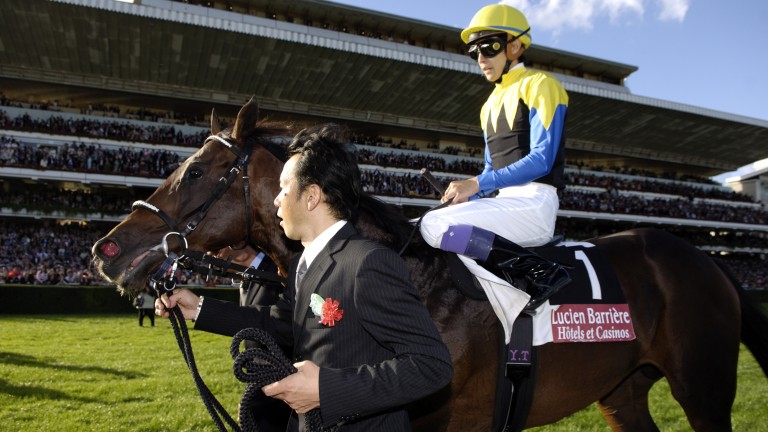 Deep Impact: "I rode him in all of his races. He was very strong indeed"
Edward Whitaker / racingpost.com/photos

Frankel or Deep Impact?
Deep Impact. I rode Deep Impact in all of his races, so I wouldn't like him to be ridden by any other jockey.

Who is the best horse you have ridden and why?
Deep Impact. He was very strong indeed.

What's your biggest ambition in racing?
I'd love to win the Prix de l'Arc de Triomphe.

And outside of racing?
Nothing really; I want to continue to ride for a long time and have a long career as a jockey.

What can help a Japanese horse win the Prix de l'Arc de Triomphe?
Luck is necessary, but also a strong horse suitable for European turf courses.

Is there an emerging Japanese horse we should keep an eye out for in 2018?
Rey De Oro, who won last year's Japanese Derby and was second in the Japan Cup. He was third in the Kyoto Kinen last week and could run in the Dubai Sheema Classic. 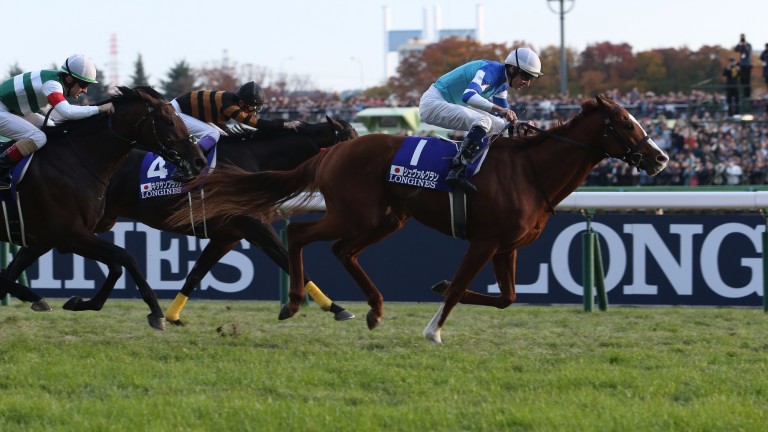 Rey De Oro (left) finishes second in last year's Japan Cup and is one to watch, says Yutaka Take
HIDEAKI MORI
If you could play any other sport professionally, which would it be and why?
Mmm . . . probably golf. When I played for the first time, at the age of 16, I managed to score 99. Although it was suggested I should become a professional golfer, I thought I'd rather be a jockey.

What is your worst habit?
I cannot speak English very well.

If you could meet one person, past or present, who would it be?
My father, who died two years ago after a successful career as a jockey and trainer.

What has been your most embarrassing moment?
I cannot think of anything in particular.

What is your most treasured possession?
My jockey's licence.

How do you relax away from racing?
By having delicious food and a nice drink.

What is the strangest/funniest thing you have seen on a racecourse?
I rode in a no-spectators race at Longchamp once, as there was a strike going on. It was such a strange spectacle. There were no fans, no cheering voices, only connections were watching. I wondered whether we had to circle around the paddock or not, since punters were still betting in off-track shops, even though there was not a single fan at the racecourse.

Who do you most admire most from European racing?
Even though they're younger than me, Frankie Dettori and Olivier Peslier. I admire them as professionals.

What's your biggest fear?
Not being able to race-ride.

Do you have a nickname?
When I was young they called me Genius, although all of a sudden they started calling me Legend.

Social media – friend or foe?
It's definitely not a foe, it's a friend. It plays an important part in conveying the good of racing.

What are you most looking forward to?
The Dubai World Cup meeting and I also cannot wait to ride at the redeveloped Longchamp.