Pies the probable prize for O'Brien at Plumpton 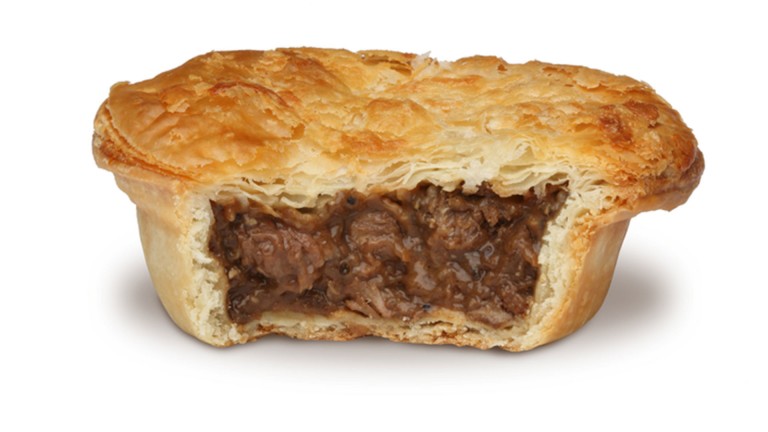 If it's pies you like it's pies you'll get because there are bound to be pies involved for the winner of the Real Pie Company Maiden Hurdle at Plumpton (2.00).

It's a local company that has won many awards for its pies and produces pies of all descriptions, including pies no one outside the pie profession has heard of, let alone eaten.

It's a mixed blessing for winning jockey Tom O'Brien, who will risk becoming enormously fat if presented with a collection of steak and stout pies, chicken and ham pies and pies of all persuasions.

We can only hope that O'Brien is either very self-disciplined or doesn't like pies. O'Brien will be the winning jockey because he's riding Cigarisi, the winning horse.

I know Cigarisi's the winner because Philip Hobbs's five-year-old has revealed a level of ability considerably in advance of any of the other eight runners.

I don't mean to be rude but the harsh reality is that Cigarisi's opponents, for the purposes of the Real Pie Company Maiden Hurdle, do not have a great deal to recommend them.

As a result, whatever price Cigarisi starts at is bound to mean putting an awful lot on to win not very much. What will come second?

On heavy ground it was a performance, if not conspicuously promising then not entirely unpromising. So, Cigarisi wins easily, Argyle finishes second and the rest go home, eat dinner and try to be irresistibly charming and too nice to be evicted.

Meanwhile, at Ayr, six Irish trainers are represented. Prunella Dobbs, from County Wicklow, has a great chance of winning the opening novices' hurdle (2.10) with Well Joey, who finished a decent second on his second hurdle run at Down Royal last month.

Dobbs does well with a small string and from few runners in Britain has won once on the Flat, with Take It Easee at Nottingham in 2009, and once over jumps, with Romantic Fashion at Ayr three years ago.

So that's the second leg of your treble sorted out and the final leg is about to be revealed.

Which leading Flat trainer rarely has runners in National Hunt races but won the Fighting Fifth Hurdle at Newcastle with Star Rage in 1997?

The answer is Mark Johnston.

When the Swiss-bred Golden Jeffrey appeared in a bumper at Catterick two weeks ago it was Johnston's first NH runner for almost four years. Golden Jeffrey was a promising third and has a good chance of winning at Ayr (5.15).

It's easy, really, and should set you up nicely for Cheltenham although it's only fair to point out that if one, two or three of Cigarisi, Well Joey or Golden Jeffrey lose, it might rather upset your Festival plans.