Pierre-Charles Boudot questioned by police in connection with assault allegation 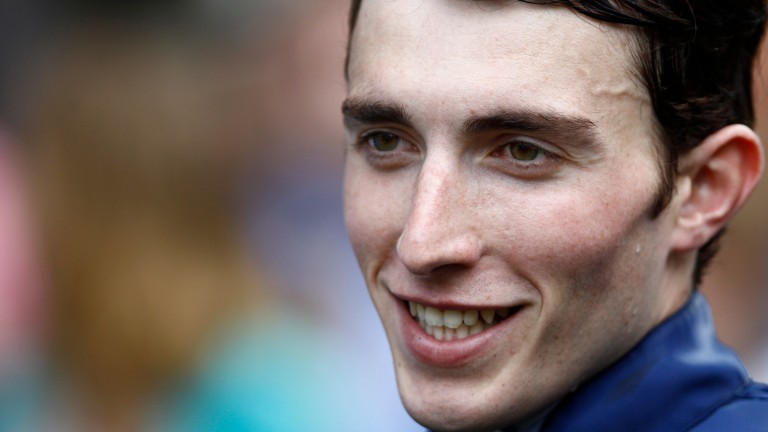 Pierre-Charles Boudot: in flying form in 2021 with a century of winners already
Patrick McCann
1 of 1
By Racing Post staff UPDATED 4:01PM, MAY 11 2021

Arc-winning jockey Pierre-Charles Boudot is in police custody in Chantilly as officers investigate claims brought against him by a 25-year-old woman.

Allegations of sexual assault first surfaced in March, at which time both Boudot and his legal team strenuously denied any wrongdoing and vowed to prove his innocence.

The state prosecutor's office in Senlis confirmed his presence in custody on Monday, initially for a period of 24 hours and with the possibility of extending his detention by a further 24 hours.

No charges have yet been brought and the prosecutor's office is scheduled to give more information on Wednesday.

Boudot has raced to 103 winners this season – more than 50 clear of his nearest rival – and is on course to challenge his personal best of 300 in a calendar year, set in 2016, as well as the French record of 305 winners set by Christophe Soumillon in 2017.

He triumphed in the Qatar Prix de l’Arc de Triomphe in 2019 aboard Waldgeist and enjoyed an excellent 2020, winning 12 Group and Grade 1s around the world, including the Qipco Queen Elizabeth II Stakes at Ascot aboard The Revenant, as well as a double at the Breeders' Cup with Order Of Australia in the Mile and Audarya in the Filly & Mare Turf.

The 28-year-old has begun 2021 in similar fashion, scoring in France’s first Group 1 of the season the Prix Ganay, thanks to an all-the-way success with Mare Australis.

FIRST PUBLISHED 3:15PM, MAY 11 2021
No charges have yet been brought and the prosecutor's office is scheduled to give more information on Wednesday