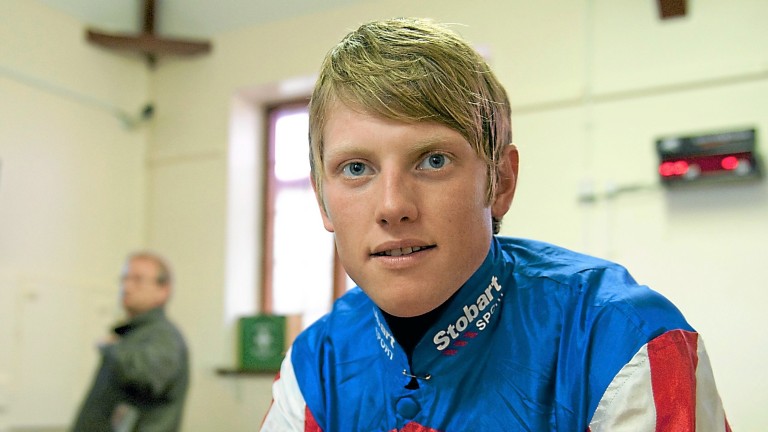 Jockey Phil Makin has broken a bone in his neck after suffering a horror fall in the staying handicap at Redcar on Saturday evening.

Riding Eyecatcher for Simon Crisford he was poised to take the lead coming into the final furlong of the 1m6f event when his mount broke a leg, and both horse and rider crashed to the ground.

The ambulances were quickly at the scene and although Makin was initially unconscious he had come round by the time he was stretchered into the ambulance.

Finally home after 9hours in A& E with @phil_makin_ , he is very sore and has a broken bone in his neck but it’s stable and in a brace for a few weeks to then be re assessed. Thank you all very much for your calls and texts!!! X

Makin's partner Sammy Jo Bell tweeted on Sunday morning: "Finally home after nine hours in A&E with Phil Makin. He's very sore and has broken a bone in his neck but it's stable and in a brace for a few weeks to then be re-assessed."

Eyecatcher, who had won at Ripon on his previous start, and looked as though he was going to double his tally, had to be put down.

Acting clerk of the course John Sanderson said on Saturday evening: "He was knocked out, but had come round before he left the course. Accompanied by the course doctor he was taken to James Cook Hospital in Middlesbrough."

Racing was delayed for several minutes while the veterinary and medical staff dealt with the incident which happened in full view of the stands.

Makin has ridden 20 winners in what was a relatively quiet season for him but had plenty of booked rides in the coming week.

FIRST PUBLISHED 8:25PM, AUG 25 2018
Accompanied by the course doctor he was taken to James Cook Hospital in Middlesbrough