Petit Mouchoir runs a cracker to leave his trainer delighted 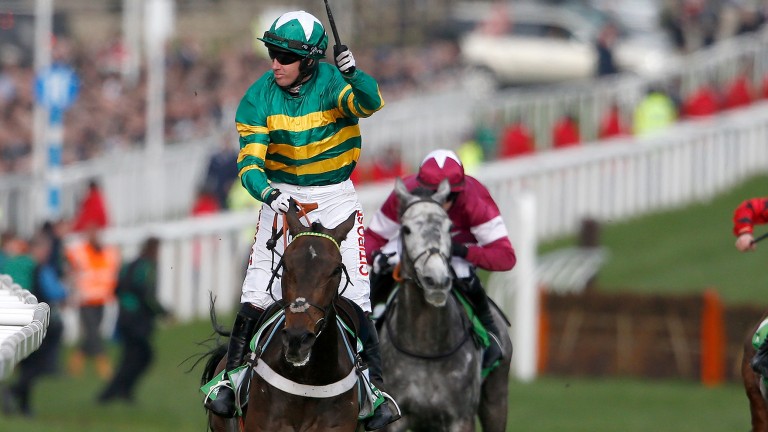 Irish Champion Hurdle winner Petit Mouchoir could not quite hang on in front this time, but his third place behind Buveur D'Air still delighted Henry de Bromhead.

The grey, who had won in Grade 1 company on each of his two previous starts, led until approaching the final flight under Bryan Cooper and was ultimately beaten seven and a half lengths.

"He's run his heart out; an absolute cracker," said his trainer. "He enjoyed himself out in front and I have to admit I was getting a bit excited coming down to the second-last as I thought he had a big chance.

"He just crashed through that a bit and Bryan thought that didn't help his case. But he's done us proud and I'm delighted with him. He's had a fantastic season so far."

Willie Mullins, whose recent Champion Hurdle winners Faugheen and Annie Power, were forced to miss the race this year, was just as pleased with Footpad's fourth.

"I was very happy with him," he said. "He did everything right and I was delighted he got in the first four.

"It was a good run for a five-year-old. He has a great future. He could go to Punchestown or could go back to France – he's pretty versatile."

The New One was a short head further back in fifth, the fourth time in a row he has made the first five in the most important two-mile hurdle race of the season.

But trainer Nigel Twiston-Davies is now considering a step up in trip, and said: "Maybe he's not quite fast enough now. He really tries all the way to the line, he was running on up the hill and he nearly got fourth.

"Towards the end of the season we'll try three miles. There's a two-and-a-half-mile and a three-mile hurdle at Aintree and we'll look at those, and maybe Punchestown. We'll see how that goes, then maybe go novice chasing next season." 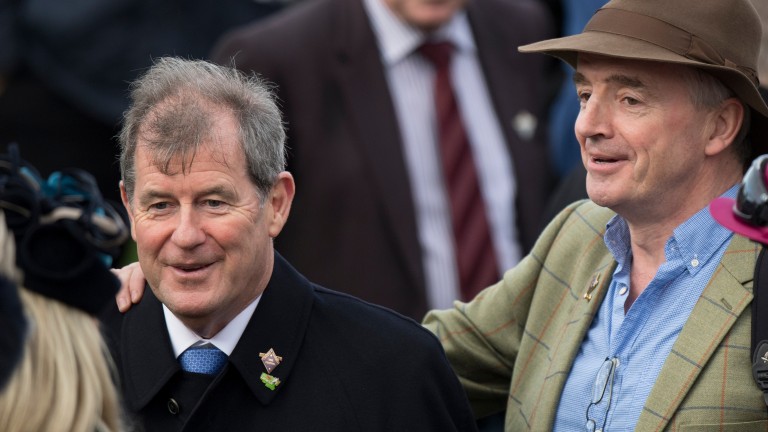 Michael O'Leary (right), owner of third-placed Petit Mouchoir, with JP McManus, owner of winner Buveur D'Air
Edward Whitaker
Moon Racer was pulled up before three out but jockey Tom Scudamore said: "He's absolutely fine. He made a mistake and it stopped his momentum at the top of the hill. I've gone from being happy enough to last and I was never going to get back at them after that."

FIRST PUBLISHED 5:42PM, MAR 14 2017
I have to admit, I was getting a bit excited coming down to the second-last as I thought he had a big chance