Petit Mouchoir on course for next step to Cheltenham Festival 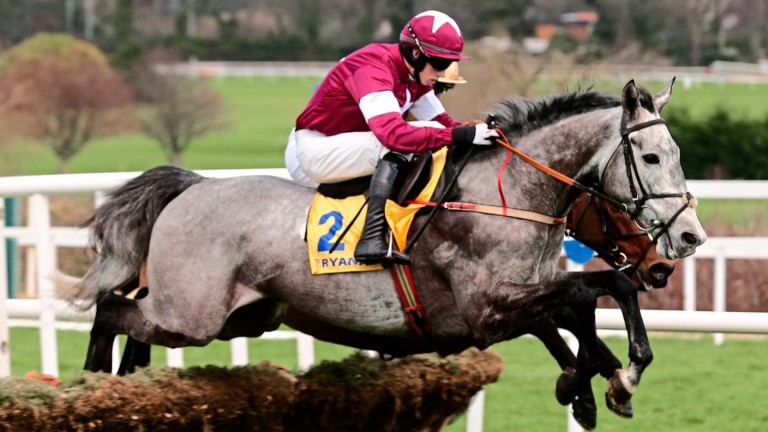 Racing fans will be hoping the wait to see Annie Power and/or Faugheen will end in the BHP Insurance Irish Champion Hurdle on January 29, with both among Willie Mullins' seven entries for the Leopardstown Grade 1.

For Faugheen, the race is probably the last-chance-saloon in terms of having an outing before the Stan James Champion Hurdle. He has not run since winning the Leopardstown contest last January, after which he missed the spring festivals with a suspensory problem, and he also missed out on the Ryanair Hurdle last month.

Annie Power, who has also not run this season, has an alternative option for a festival prep in the Punchestown mares' hurdle she won last year.

One leading two-miler who is an intended starter is Petit Mouchoir, winner of last month's Ryanair Hurdle.

"He did it will in the Ryanair Hurdle and has to enter the Champion Hurdle picture now. He's likely to represent us in the race all going well.

"Apple's Jade also received an entry, but there is a race for mares over two and a half miles at Punchestown in February [that is Annie Power's option] and I would say that will be on her radar rather than the Irish Champion Hurdle."

Entries have also been made for the Grade 1 Frank Ward Solicitors Arkle Novice Chase on the same day, and Min could bid to follow up his impressive Racing Post Novice Chase success at Leopardstown last month.

The Henry de Bromhead-trained Identity Thief was pulled up early in that race and could have another pop at Min.

Identity Thief is another Gigginstown horse and O’Leary said: "We thought he was seriously injured after he pulled up but thankfully it wasn't as bad as we first thought.

"He got struck into and also pulled a front shoe off and it happened very early on in the race. It may be a bit of a race against time to get him back to Leopardstown but he has an entry and if he makes it, then great.

"We think he's our best two-mile novice chaser and he's a long way ahead of Road To Respect, who ended up finishing third to Min."

Bryan Cooper, who suffered a fractured pelvis in a fall at Punchestown a week ago, received positive news from surgeon Paddy Kenny after visiting him in Dublin on Friday.

Cooper said: "I have to go back for another visit and an x-ray in four weeks' time. Mr Kenny was quite happy when I saw him and told me that, as pelvic injuries go, mine isn't a bad one.

"It's a straightforward fracture with no complications. I'll be starting physio shortly and I'll also be swimming. After I've seen Mr Kenny in four weeks, I should have a good idea about when I'll be back riding."