Henderson hoping to up the ante with Peterborough winner 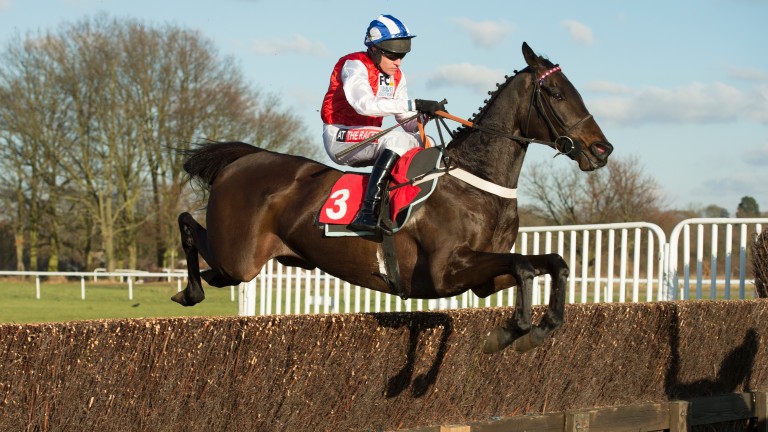 Josses Hill: in flying form when winning his graduation chase at Kempton
Edward Whitaker
1 of 1
By Bruce Jackson 3:00PM, DEC 24 2016

The £10,000 question is whether Josses Hill will stay the furthest he has raced in the red-hot heat of a showpiece three-mile Grade 1 chase.

Owner Alan Spence put up that sum to supplement his exciting eight-year-old after his Peterborough Chase success gained at the expense of the reopposing Tea For Two.

Josses Hill has always had the exciting chaser tag after outperforming his big chasing frame to run second to Faugheen on his bumper debut and Vautour in the Supreme at Cheltenham.

His over-exuberance and carefree attitude at his fences held him back, albeit at the highest level, but this season has seen a more mature and sensible Josses Hill.

Trainer Nicky Henderson said: "The question mark is his stamina but he's been finishing his races.

"We've upped our ante and are taking our chance. He showed his true potential at Huntingdon and he likes Kempton and good ground so we don't want a wet weekend."

As to whether Huntingdon proved three miles would be no problem, Henderson added: "He galloped all the way to the line but the concern might be that he beat stayers and he's got the more gears than them but he's outstayed them."

With Barry Geraghty and Noel Fehily in opposition and Nico De Boinville still sidelined with his broken arm, the Seven Barrows team has turned to Daryl Jacob, who has ridden eight winners from 23 rides for Henderson this season.

"Daryl came in on Friday morning to school him and he jumped beautifully," said Henderson.

Pros: Has been jumping like an old pro this season, likely to have the good ground he prefers, and was impressive in his Peterborough Chase win

Cons: Yet to race over three miles and has been found out in Grade 1 company over fences

FIRST PUBLISHED 6:00PM, DEC 25 2016
We've played our ante and are taking our chance. He showed his true potential at Huntingdon and he likes Kempton and good ground so we don't want a wet weekend