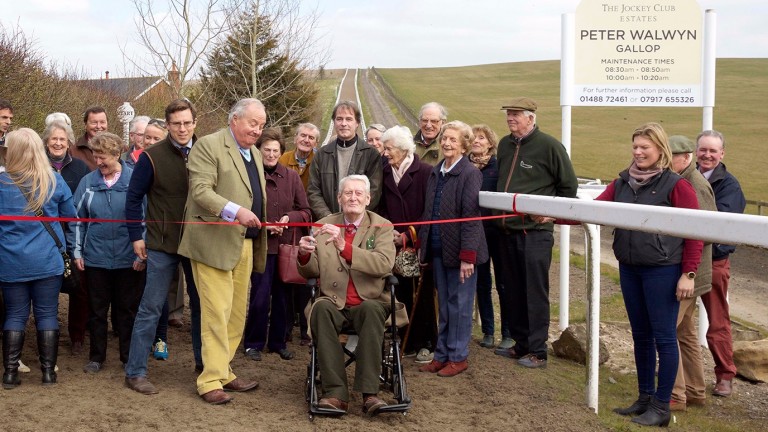 Peter Walwyn (middle): tributes flowing in after the death of the former champion trainer
1 of 1
By Bruce Jackson 4:44PM, DEC 19 2017

Lambourn will not be the same following the loss of its loudest and most energetic advocate and supporter with the death of Peter Walwyn.

That was an overriding theme as the tributes continued to pour in for the lifelong resident and champion trainer of the 1970s, who died on Thursday aged 84.

Walwyn founded the Lambourn Trainers' Association and was still keeping an eye on village life right up to his death. He was responsible for the large welcome signs around the village emblazoned with the logo 'Valley of the Racehorse'.

“He lived and breathed the village,” said his successor as chairman of the LTA, Merrick Francis. “He was Mr Lambourn all his life and he was such an inspiration."

Speaking on Saturday, he continued: “He formed the LTA many years ago and I was on the committee along with Jenny Pitman, who I spoke to this morning and was sad to hear the news."

The Classic-winning trainer, famous for his handling of Grundy in 1975 and in the iconic duel with Bustino in the King George at Ascot, kept up with racing right to the end. 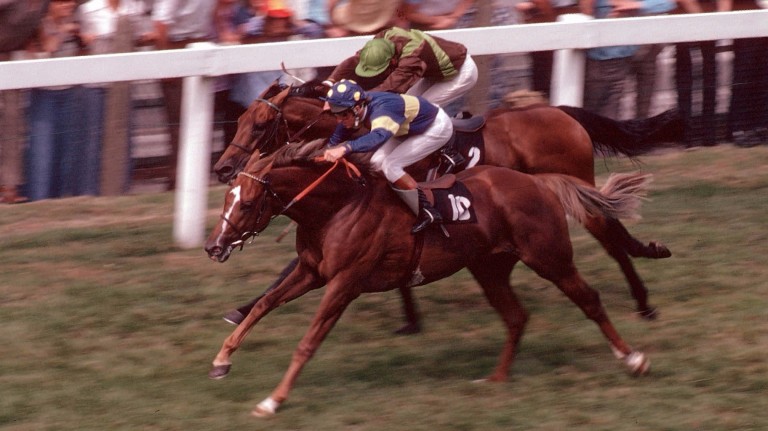 Francis said: "He had a few small strokes recently but when I went to see him a couple of weeks ago he was sat up watching the racing, and every time Lambourn had a winner he would ring me up and say how good Lambourn was.

"He also made sure I was keeping the awards board up to date with our winners."

The Walwyns were also famous for their Christmas entertainment, hosting the village church choir for an evening of carols in their hallway.

"He was always the most generous of hosts and everyone in the village will remember him with such affection, a much-loved man," added Francis.

"Peter Walwyn was Lambourn wasn’t he?"

Powell said: "He was always very entertaining with a great sense of humour – an amazing man and great trainer.

"It's very sad. Peter Walwyn was Lambourn wasn’t he? He started the Lambourn Trainers’ Association. He was always the first to email everyone when anything like a break-in happened.”

Ian Balding, trainer of another great, Mill Reef, at the same time as Walwyn was at his peak, said: "It's very sad news. He was a great friend and a great trainer."

Bath will miss the annual visit of Walwyn for the race that honoured his remarkable Be Hopeful, winner of 27 races, the last at the age of 14 and who won each season for ten years from 1963.

Even in failing health, Walwyn made the annual trip to present the prize to winning connections and attracted autograph hunters who left with a smile on their face after an entertaining conversation.

Salisbury will be deciding how to honour Walwyn at a board meeting this month.

Executive director Jeremy Martin said on Saturday: "We know Salisbury was one of Peter's favourite courses and he decided to have the memorial race for his wife Virginia with us for three years.

"The board, which includes Jeff Smith and Ian Balding, will discuss how we can best celebrate his life and love of Salisbury."