Pete aiming to build on solid record in feature contest 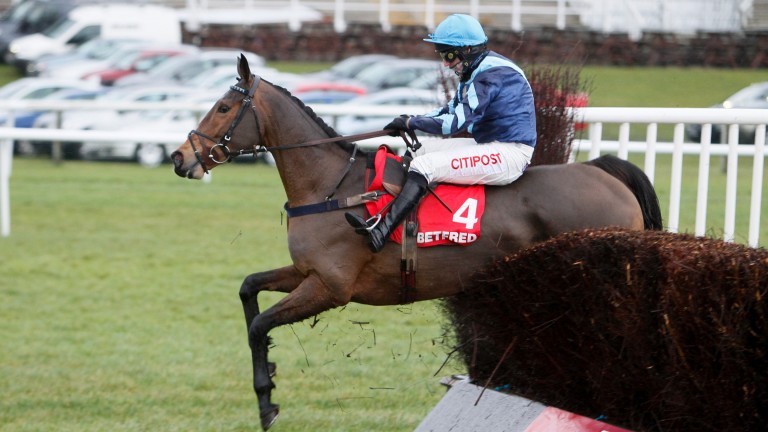 Pete The Feat is back for a third crack at this £10,000 feature, which he won in 2013 before finishing runner-up to Alternatif 12 months ago.

Charlie Longsdon's front-runner should be suited by the return to a small field after finishing a tailed-off eighth on his reappearance in the 15-runner Southern National at the track last month.

Now a 12-year-old, Pete The Feat is the senior of the six runners and is twice the age of Adam Du Breteau, trained by Jonjo O'Neill, who is on a recovery mission after disappointing at Ludlow last time.

Taking on the big battalions is Cornwall's only licensed trainer Jackie Du Plessis, who fields St Dominick from her 11-strong stable near Plymouth. Hopefully her nine-year-old can get further than he did on his reappearance at Ascot last month, when he departed at just the second fence.

Making a somewhat quicker turnaround is the Sheena West-trained Leg Iron, who tries again just three days after pulling up in the London National at Sandown on Saturday.

Favourites on a hat-trick

Charlie Longsdon, trainer of Pete The Feat
The hurly-burly of the Southern National didn't really suit him first time out but that has helped put him back on song. He's won this race before and was second in it a year ago. He goes there in similar order.

Jackie Du Plessis, trainer of St Dominick
I don't know what happened when he fell at Ascot first time, whether he clipped heels or something, but he may have been a bit fresh. We are just hoping for a clear round.

Jonjo O'Neill, trainer of Adam Du Breteau
He won well at Huntingdon but then disappointed next time, which is him as he's a bit of an in-and-out character. He'll like the ground but we're hopeful rather than confident.

Sheena West, trainer of Leg Iron
He has to have things his own way so it's a bit of a concern that Pete The Feat is in the race as he also likes to front-run. He took little out of himself at Sandown on Saturday so we will give it another go.

Anthony Honeyball, trainer of Royal Native
He had a little setback when he first came in, which is why he hasn't run until now, and we thought we'd missed the boat as he ideally needs good ground like this. Hopefully he'll run well before we step him up in trip.

FIRST PUBLISHED 6:00PM, DEC 5 2016
He's won the race before and was second in it a year ago. He goes there in similar order.