Permian gearing up for Secretariat in bid for top-level breakthrough 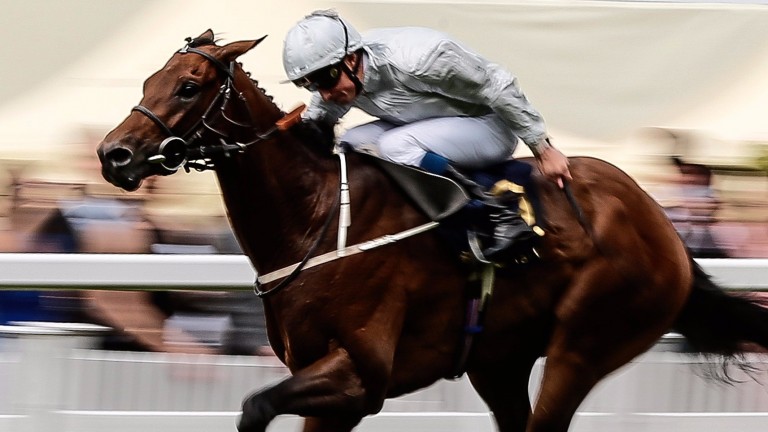 Permian has arrived in the States in search of a first Grade 1
Alan Crowhurst
1 of 1
By Keith Melrose UPDATED 9:05PM, AUG 8 2017

Permian, winner of the Dante and King Edward VII Stakes and so narrowly beaten in the Grand Prix de Paris last time, has travelled to the States to bid for an overdue top-level success in the Grade 1 Secretariat Stakes at Arlington on Saturday.

Trainer Mark Johnston said: "He's there already. It's been the preferred option for quite a while and it's all been booked for a couple of weeks.

"He's over there with two staff, all is well with him, and [son and assistant] Charlie will be going across on Thursday. William Buick is going to ride him."

Johnston added: "We had thought about a race in Germany over the weekend and even the Juddmonte, but this wipes out all the other August options. We'll see how he goes on Saturday before we think seriously about where to go next."

Charlie Johnston had previously stated that "rolling the dice" in big Group 1s would come second to gaining a first top-level success with Permian, and US turf races are generally less competitive than their European equivalents.

The Secretariat, won in 2015 by the Aidan O'Brien-trained Highland Reel, is one of three Grade 1s at the Chicago track this weekend. European-trained Fanciful Angel and Scottish, as well as Jean-Claude Rouget's Mekhtaal, are also in line to contest the Arlington Million.

FIRST PUBLISHED 5:01PM, AUG 8 2017
It's been the preferred option for quite a while. He's over there with two staff now, all is well with him