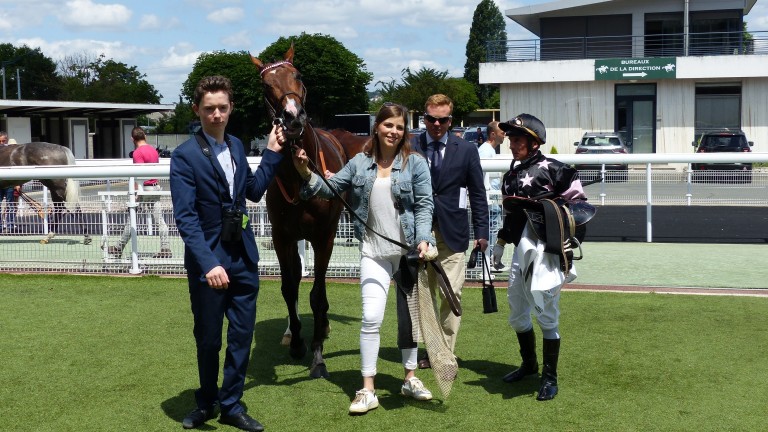 Tornibush scored Antoine Griezmann's biggest win to date at Maisons-Laffitte less than half an hour after the France striker had set his side on the way to a 2-1 win over Australia in their opening World Cup match
Racing Post / Scott Burton
1 of 1
By Scott Burton 6:31PM, JUN 16 2018

Antoine Griezmann has had plenty to think about this week and even gave a live address on French television on Thursday evening to announce he would be staying at Atletico Madrid.

But on the day his successful penalty against Australia in Kazan kick-started France's World Cup campaign, Griezmann will certainly have been looking forward to the phone conversation with trainer Philippe Decouz.

The trainer can tell him how his Dream Ahead four-year-old Tornibush had won the feature race of the day at Maisons-Laffitte, just 30 minutes after he had scored.

"We'll be speaking at the end of the day because he'll need time to decompress after the match," said Decouz.

"I've always thought he was a good horse since his debut at two, and we gave him plenty of time at the end of last year. Now it's time to aim higher."

The same could be said of Les Bleus, who made a somewhat laboured start to their campaign in defeating Australia 2-1, after which coach Didier Deschamps said the team were capable of "a lot better".

As for Tornibush, his next run will be in either a Listed race at Vichy on July 20, or he will go back to Maisons-Laffitte for the Group 3 Prix Messidor on July 22, by which time Griezmann will be hoping to have scooped a World Cup winner's medal.

FIRST PUBLISHED 6:31PM, JUN 16 2018
We'll be speaking at the end of the day because he'll need time to decompress after the match