Perennial runner-up Tidal's Baby out to make it seventh heaven 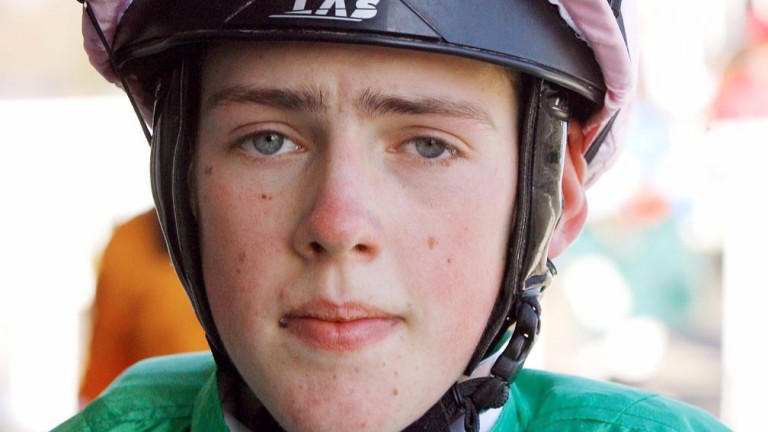 George Downing: hoping that today will be the day for Tidal's Baby
Mark Cranham (racingpost.com/photos)
1 of 1
By David Carr 6:00PM, AUG 9 2017

The pressure is on for racing's current answer to snooker's Jimmy White, the perennial runner-up on the green grass rather than the green baize.

As the six-time beaten finalist at the Crucible would tell you, some records are best avoided and those closest to Tidal's Baby hope that he will not make it unlucky seven this afternoon.

He has finished runner-up six times in a row since rejoining Tony Carroll and if he does it again he would become the first horse to 'achieve' seven straight second places in recent years.

And the sprinter would be just four behind the all-time record, set by the remarkable Song In The Air, who was second in the first 11 races of her career in 1973 and 1974 when trained by Barry Hills.

Tidal's Baby's run has taken in three races on the all-weather and three on turf, with his margin of defeat ranging from a head to three lengths.

"It's very frustrating," admitted George Downing, who was on board each time. "I would hate to say that he's ungenuine but he probably is a little bit; I think he has his own ideas about life."

He has had a long association with the eight-year-old and recalled: "The first time I won on him was in 2012 in a maiden round Lingfield, we thought he would go forward from there and he won at Glorious Goodwood under Raul Da Silva.

"He failed to win when he went to Lee Carter but since Tony's had him back, he's shown a step forward again. He's a horse who would work to 100 at home.

"He's a very good work horse and he probably doesn't quite put it all in on the track, he keeps a bit to himself for sure."

In a final attempt to end his run of second places, Tidal's Baby has been dropped to selling company by Carroll – who spent Tuesday night in hospital after being kicked by a loose horse.

"I said to Tony he'd have to drop him into a seller to try to get his head back in front," said Downing. "I'm sure that if he did he'd do it again and again because he's very well handicapped.

"Let's hope this is his day – it would be perfect if it was, after what happened to Tony."

FIRST PUBLISHED 6:00PM, AUG 9 2017
He's a very good workhorse and he probably doesn't quite put it all in on the track, he keeps a bit to himself for sure