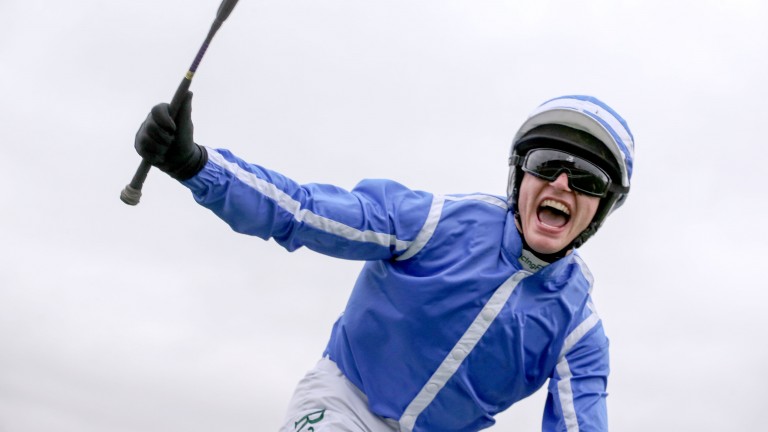 After racing on Wednesday Paddy Power and Betfair paid out on Gordon Elliott in their top festival trainer market.

Oh how they underestimated Willie Mullins. And oh how relieved they must have been when Champagne Classic came to their rescue in the end by winning the Martin Pipe.

To be fair to those who took that decision, even Mullins himself was shocked by how close he came to lifting the festival crown.

If you had told Ireland’s champion trainer after his second blank day on Wednesday that by the Albert Bartlett he would have completely eroded Gordon Elliott's five-winner lead and Penhill would elevate him into splendid isolation atop the trainers' table on six he would have thought you mad.

"I'd be getting you a white coat," was his modest assessment.

But, after his astonishing charge, he was knocked from his perch when Elliott levelled the scores at six apiece with Champagne Classic in the festival's penultimate contest and claimed the title on the countback of placed horses.

At least Penhill broke new ground for Mullins, Tony Bloom’s six-year-old, expertly guided through the race and driven up the hill by Paul Townend, giving the trainer his first Albert Bartlett.

"He's simply one of the best trainers ever," said the delighted Brighton FC chairman Bloom – who joined Mullins’ battalion of uber-wealthy owners only this season.

Unsurprisingly for the man, Mullins was keen to deflect the praise. First on to his jockey – then on to the horse. 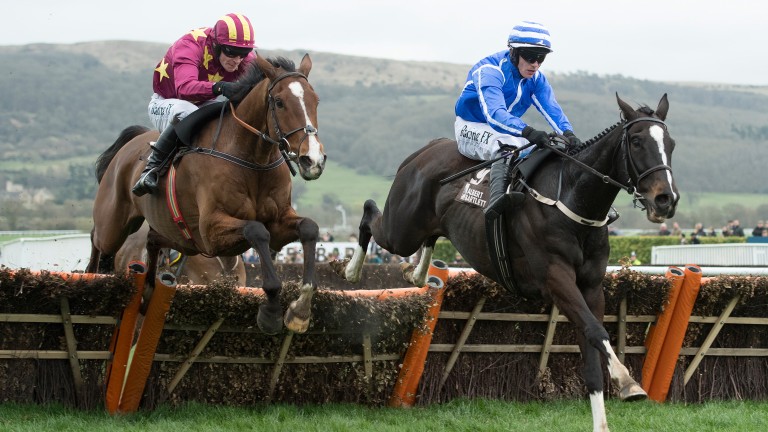 Perhaps inspired by Harvey the goat, Monalee (left) ran a cracker to be second to Penhill in the Albert Bartlett
Edward Whitaker
“That’s our first one [Albert Bartlett]. It’s not been a lucky race for us," said Mullins. "It’s a great day for Paul with two winners, and he’s fantastic. He's just a bit unlucky he's around at the same time as Ruby [Walsh] – but like Ruby he has a head for the big day."

On the three-and-a-half-length winner for whom he has grand plans, Mullins added: "Penhill has class. We were trying to win with him over two miles and he just couldn’t handle the pace in top-class races. We let him out to three and he did it easily over Christmas, and then we decided to come here.

“He'll probably go to Punchestown and then back on the Flat for Ascot, and he could be a Melbourne Cup horse down the road. Maybe he won’t be good enough but we’ll see; he’s got the profile of the ones we’ve brought back to the Flat.”

For Townend, who rode three winners at the 2015 festival – including a double on the first afternoon – it was a day of days as he took his festival tally to six in a 40-minute display of excellence.

"It's brilliant; you can't ask for anything more," was his grinning response before he, too, sung the praises of his very willing partner.

“Everything fell right. He got in a lovely rhythm and saw it out well – he's a class horse. I knew coming down the hill I had a load of horse underneath me.

"I was lucky to avoid a couple of fallers and I knew turning in it'd take a fair one to beat me. His Flat class came to the fore and he stuck it out well."

Monalee finished second for Henry de Bromhead, with Wholestone, who will go to Aintree before novice chasing, best of the British in third for Nigel Twiston-Davies.