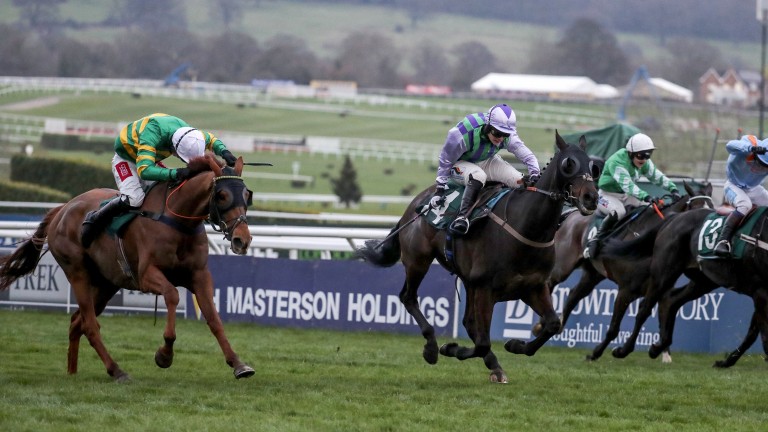 Gold Cup second Minella Rocco is not the only Cheltenham runner-up who will carry high hopes for JP McManus in the Randox Health Grand National next month, as the owner's Pendra is set to head to Aintree after his near-miss in the Kim Muir.

Pendra was 13th behind Rule The World in last season's National and trainer Charlie Longsdon is confident of an improved effort this time.

He said: "I'm pretty sure he'll be Grand National-bound. He ran a cracking race there last year but the rain the night before went totally against him. He jumped round but he got to about the second-last and fell in a hole. With a dry run up to the National you'd be really looking forward to seeing him run.

Pendra came within three-quarters of a length of giving Longsdon his first festival victory on Thursday. Three lengths up jumping the last fence under Derek O'Connor, he was caught close home by Domesday Book – whose rider Gina Andrews received a 13-day whip ban.

"I was gutted and the jockey felt that if the third-last had been in he'd have won," the trainer said. "He wouldn't have had to kick so early and could have held on to him. His jumping was making him lengths in the air.

"Gina Andrews gave her horse a fantastic ride but got done for abusing the stick and you feel that in other sports you'd lose races like that. One day when it comes to a big race I'm sure people will start moaning about being beaten a short way by someone breaking the rules – if I was a jockey I'd break the rules to win a race at Cheltenham."

Seeyouatmidnight will warm up for the Coral Scottish Grand National at Kelso next Saturday, but trainer Sandy Thomson warned: "I don't know if he'll run in the hurdle or the chase.

"If he went and won the chase the handicapper might give him another 4lb or 5lb, which is the last thing you need for a Scottish National."