Pendleton gets the wheels back on point-to-point career 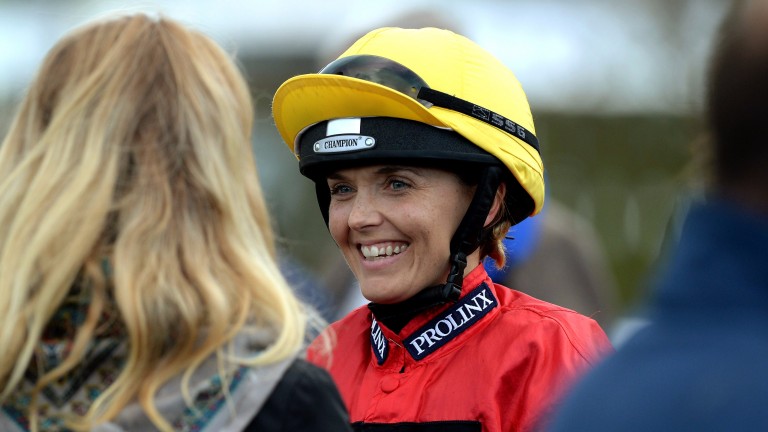 Victoria Pendleton will try again to get her point-to-point career back in gear at Larkhill in Wiltshire on Sunday, where she is set to partner her own horse Vesperal Dream in the ladies' open.

The former Olympic cycling dual gold medallist was forced to pull the plug on her intended return on the same horse at nearby Barbury last weekend due to unsuitable ground.

Formerly trained by Paul Nicholls, Vesperal Dream is among 15 entries for the second race on the card at the Hursley Hambledon fixture, in which he could face former top staying chaser Carruthers.

Pendleton enjoyed a fruitful association with Nicholls' Pacha Du Polder last winter, winning a hunter chase at Wincanton before finishing a close fifth in the Foxhunter at Cheltenham, but she has yet to win a point-to-point.

Alan Hill, trainer of Vesperal Dream, said: "We decided that it wasn't worth taking the risk last weekend, but the ground at Larkhill should be fine for Vesperal Dream.

"Victoria has been in riding him out most days and we are very much looking forward to getting him back on track."

FIRST PUBLISHED 6:00PM, DEC 10 2016
We decided it wasn't worth taking the risk last weekend but the ground at Larkhill should be fine for Vesperal Dream