Pendleton back in the point-to-point groove on new purchase 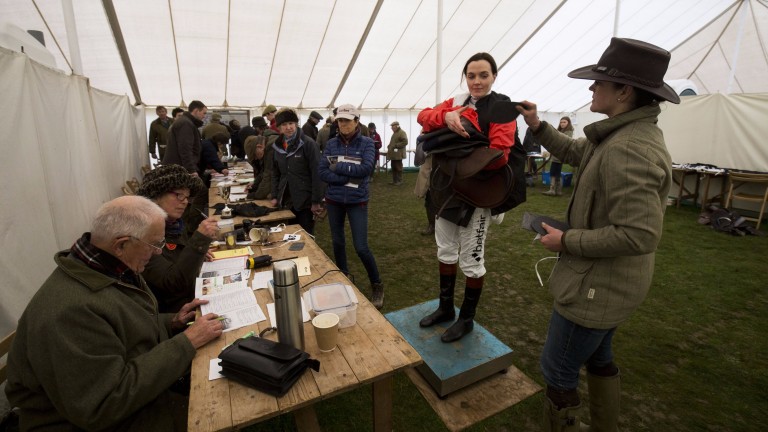 Victoria Pendleton gets the wheels back on her point-to-point career in Wiltshire on Sunday when she is booked to ride her own recent purchase Vesperal Dream in the opener at Barbury racecourse.

A six-time winner for Paul Nicholls including three over fences, Vesperal Dream was bought privately by the former Olympic gold medal cyclist after his most recent run over hurdles at Perth in August.

The seven-year-old has never fallen in any of his 26 career starts, something that will stand him in good stead on his pointing debut in the Dodson & Horrell-sponsored novice riders' event.

Pendleton's quest to ride at the Cheltenham Festival as part of a Betfair-sponsored 'switching saddles' challenge lit up the point-to-point and hunter chase world last winter. She realised her goal when steering Pacha Du Polder into an honorable fifth in the Foxhunter back in March.

More recently Pendleton had two spins in amateur riders' races on the Flat in the summer, faring best when Royal Etiquette finished fifth at Newbury in July.

The 36-year-old has evidently taken advice from Nicholls about the best track at which to unleash Vesperal Dream.

Trainer Alan Hill said: "The horse has been schooling brilliantly and Victoria is very excited. She was speaking to Paul Nicholls at Newbury last Saturday and he said this course would be perfect."

FIRST PUBLISHED 6:00PM, DEC 3 2016
The horse has been schooling brilliantly and Victoria is very excited. She was speaking to Paul Nicholls at Newbury last Saturday and he said this course would be perfect