Pedigree pointers for a handicap chase at Ascot in November? Surely not 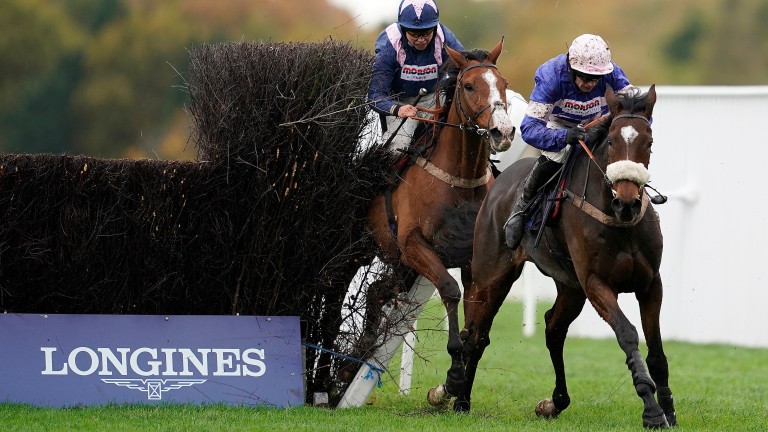 Capeland is taken out at the last by stablemate Diego Du Charmil at Ascot last year
Alan Crowhurst/Getty Images
1 of 1
By Graeme Rodway and Sam Hendry 6:00PM, NOV 20 2020

Plenty has been written about using pedigrees as a tool for punting on the Flat in recent years and Ascot’s straight track became famous for appearing to suit the progeny of certain sires.

The most obvious example was the spotlight on Scat Daddy, who sired four winners from his first seven runners on the straight track at Royal Ascot until 2016.

That led to a clamour for his foals afterwards, but Scat Daddy's progeny have since gone 0-19 on Ascot's straight track and he is now down to a more realistic 19 per cent. That goes to show the downside of jumping to big conclusions from small samples.

So what does all this mean for a handicap chase at Ascot in November?

Not many use pedigrees as a punting tool over jumps, but if plenty were willing to jump on the Scat Daddy bandwagon then a mention should be given to the offspring of jumps sire Poliglote, whose progeny have a higher strike-rate at Ascot from a much bigger sample.

Since the start of 2009, Poliglote has sired ten winners over jumps at Ascot from just 39 runners. That's an impressive 25.6 per cent strike-rate and it could have been even better.

Capeland, a son of Poliglote, was the last of those ten winners when landing this race last year and he should probably be a two-time course scorer. He looked set to win at the track on his previous start when he was disqualified after being forced through the wing at the last.

He is still 7lb higher than for his success last year and has been beaten twice at the track since, but he was outclassed in the Grade 1 Clarence House in January and unseated his rider early behind Amoola Gold over course and distance last month. Both are forgivable. 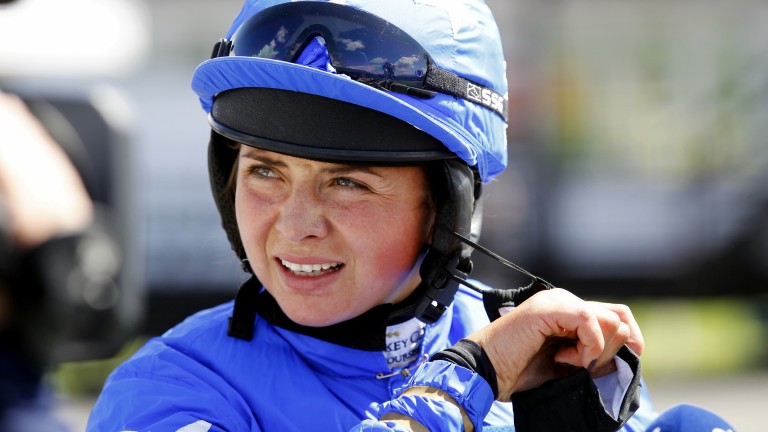 The Shunter gave the Irish another big success in Britain when landing the Greatwood at Cheltenham last week and Henry de Bromhead saddles Abbey Magic here.

Abbey Magic has struck up a successful partnership with Rachael Blackmore since joining the yard in 2018, winning all four starts under the rider. Blackmore stays in Ireland to ride at Naas, so De Bromhead has taken the interesting step of booking Bryony Frost.

This will be Frost's first ride for the stable and she has enjoyed most of her big wins on front-runners like Abbey Magic. It could be a match made in heaven.
Graeme Rodway, tipster

Paul Nicholls, trainer of Magic Saint and Capeland
Magic Saint has gone up 7lb for winning at Cheltenham last weekend. Bryan [Carver] can only claim 3lb this time instead of 5lb so the horse is effectively 9lb higher. Capeland jumped a bit lazily at Ascot on his reappearance. He won this race last year, but his current mark gives him little leeway.

Fergal O'Brien, trainer of Gino Trail
He’s 13 now but he's in great form. Everyone that comes to the stable can't believe he’s that age, he's a fantastic horse. We've had a really good summer with him and his preparation has been great. Jamie Moore is riding him and he knows him very well so we’re looking forward to it.

Kim Bailey, trainer of First Flow
He's a horse that really needs bottomless ground. If the ground comes up the way he likes it he would have a great chance, but it doesn't look as though it's going to be in his favour. Unless it's genuinely soft ground he could well be a non-runner.

Dan Skelton, trainer of Amoola Gold and Marracudja
They're both race fit and we're happy with them. Amoola Gold has got very good recent course form and I think he's in with a big chance. Marracudja is still struggling with the handicapper. He ran really well in the Clarence House last season and the handicapper has never forgiven him for it.
Reporting by Sam Hendry

Look back on a year like no other with the Racing Post Annual 2021, the perfect gift for every racing fan. Only £14.99, our 224-page review of the year – illustrated with stunning pictures – features all the best moments from an incredible 12 months. Order your copy here

Four women charged after Royal Ascot climate change protest aimed at the Queen 'Hopefully he's not finished yet' - Rohaan continues his remarkable rise Doyle Force: Creative rider off the mark for the week as Appleby bags a 1-2 'I didn't say that. He's wrong' - Dettori counters Murphy best-horse claim A day when two big decisions had to be made - officials at Ascot got both right Did the stewards get it right in the Commonwealth Cup? Experts have their say