Pauling will work up towards the big prizes with Willoughby 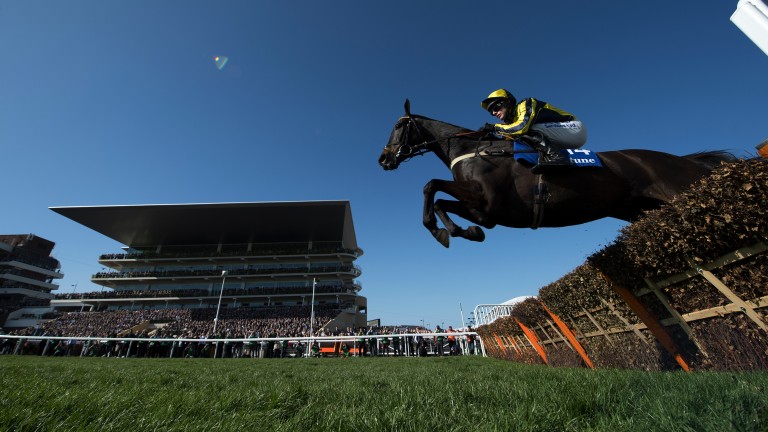 Courting glory: Willoughby Court and David Bass ﬂy the last on the way to victory in the Neptune Novices’ Hurdle
Edward Whitaker (racingpost.com/photos)
1 of 1
By Jon Lees UPDATED 7:11PM, SEP 3 2017

Last season Willoughby Court delivered a first Cheltenham Festival success for former Nicky Henderson assistant Ben Pauling by making all in the Neptune Hurdle. He is set to switch to chasing this year and is 16-1 for the Racing Post Arkle, JLT and RSA Chases. Pauling brings us up to date with his plans for the six-year-old . . .

Where did he spend his holidays?
He went to Lord and Lady Vestey's Stowell Park estate near Cheltenham. They do a fabulous job. Lady Vestey sees it as a project for herself, and Barters Hill goes there too. It's the dream venue. If I were a horse I'd quite like to go there. It's picturesque, well railed with fabulous grass and ideal for racehorses in the summer.

How did he summer?
Better than he ever has. He's never been a horse who summers overly well. He always used to come in looking fine but never too fat. He always looked like he'd had a busy summer doing nothing. This summer he really he's done very well and looks bigger and stronger than he's ever done, and that's a good starting point.

When will we see him again?
I'll opt for the safe route to start with. Barters Hill ran at Cheltenham first time out last season, but that was not by choice. Because the ground had been so quick everywhere else we'd missed our first two or three options. There's a two-and-a-half mile novice chase at Huntingdon and a two-and-a-half at Bangor. It will be a midweek track, and one I see as fair. It would be nice to get an easy run under his belt first. 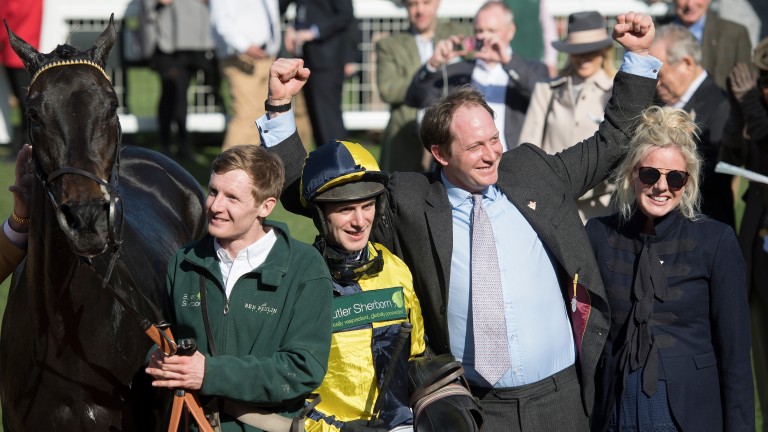 What's his long-term objective?
I've always been a fan of keeping horses to as short a trip as you can for as long as you can. As he has won the Neptune, hopefully he's a horse of very high ability who will be running in the big races. It'll be two and half to three miles and if he went three miles it may be in the Feltham. I'm sure he'll get three miles in time but I believe he has enough speed for two and a half. A lot of people doubted that when he went to Cheltenham on quick ground, but he wasn't caught out. Fences will be the way forward, he jumps brilliantly and if he ended up in the JLT I'd be a very happy man.

What excites you most about him?
The fact he wasn't an easy horse to train for the first two years, or even last year. He has lived on the edge most of his training career. In the last season, and certainly this, he's become much calmer and easier to train. Because of that I think there's more improvement in him than most horses of his age.

Barters on way back

Barters Hill, whose highly anticipated novice chase debut ended in serious injury last November, has made sufficient headway in his recovery, increasing his chances of making a return to action before the end of the year.

Pauling had feared the horse who helped put him on the map might not be up to racing competitively again after he was found to have slipped a tendon from his near-hind hock when pulling up in a novice chase at Cheltenham.

But in the last six to eight weeks he has turned a corner and after a month's exercise on a water treadmill is ready to have his work stepped up ahead of a possible racecourse comeback. 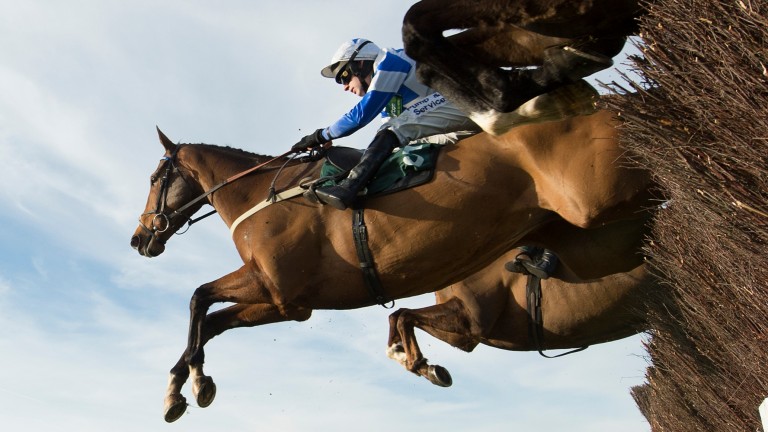 "I wouldn't say he can be ready on a date in November, but he's been in since the beginning of July doing something, so is physically fitter than a lot of horses at this stage," reported Pauling.

"It's now at the point where we want to make sure the injury can take the weight of a jockey and can handle hacking away. We've no reason to believe it won't and if it does we might be looking at a mid-December return."

Unlike with other injuries there is no set recovery period for the injury Barters Hill sustained, and after vets initially opted not to operate the Grade 1 novice hurdle winner underwent keyhole surgery in Newmarket to tie up the tendon.

"It didn't look great at first but then it took a turn for the better in that, having had a summer out at grass, he's a remarkably different horse," Pauling continued. "It allowed us to get him back in on the walker and he's spent a month doing more and more exercising. 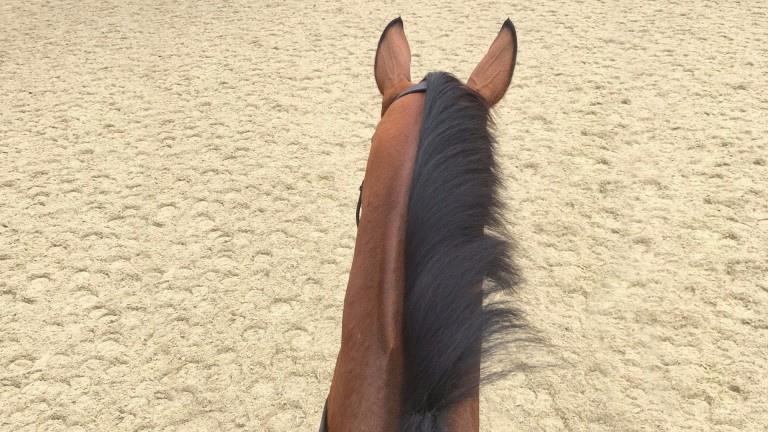 Barters Hill, as tweeted by Pauling early on Tuesday morning, accompanied by: 'The best view I have had in a while #bartershill #freshandwell #thrilledtobeback'

"He had a month on Jamie and Judy Magee's water treadmill in Upper Lambourn. They stepped him up with some quite testing work, not as much as for a race-fit horse, but he's come back looking fabulous and we're now at the point we can starting riding away and getting him going for this season.

"I've gone from not knowing whether he could return to being more than hopeful of getting him there."

The trainer added: "He'll run again only if he's in the form or health to do it. He was the horse who set my training career on the right path. If he isn't able to return as a competitive racehorse, then he won't."

FIRST PUBLISHED 1:43PM, AUG 29 2017
Fences will be the way forward, he jumps brilliantly and if he ended up in the JLT I'd be a very happy man