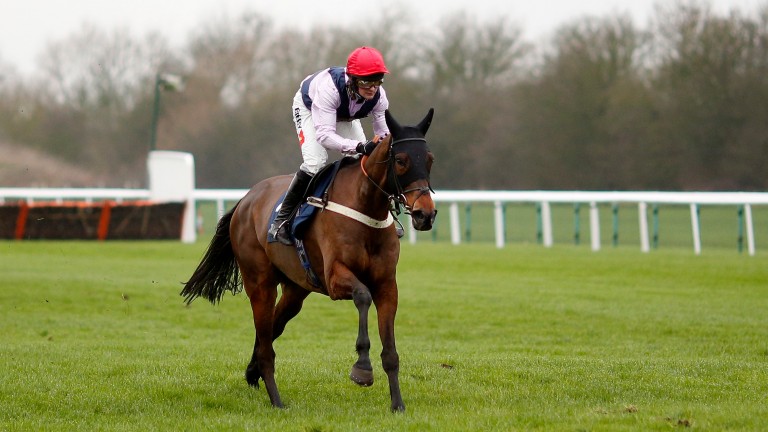 Drumacoo looked a really exciting prospect on his debut for Ben Pauling in January
Alan Crowhurst
1 of 1
By Keith Melrose 6:00PM, DEC 13 2016

Some smart stayers have claimed this prize down the years, including O'Faolains Boy last season, and though on ratings the six declared runners sit in the high-end handicapper bracket there are a few that could yet promote themselves into graded performers.

One such example is Drumacoo, who went off favourite for the Reynoldstown on just his second start for Ben Pauling in February. There is also Camping Ground, who was high-class over hurdles and made an encouraging enough return to chasing last month behind Josses Hill.

The other four will probably return to handicaps, but with none of the field rated below 140 over fences they will be competing in the best races of that type.

Coologue's trainer Charlie Longsdon has not been among the winners in the past couple of weeks, but it seems to be a dip in fortune rather than form. Six of his 17 runners in the last fortnight have finished second.

Robert Walford, trainer of Camping Ground
We were a bit disappointed after Kempton, but the form looks better now. He's not had many runs over fences in Britain, but the plan is to keep him chasing now. It's quite a competitive race and you'd expect Three Faces West to make it a good test. The ground wouldn't be a worry.

Charlie Longsdon, trainer of Coologue
He's fine after the Hennessy, he probably did a bit too much in the first half of the race there. The smaller field will probably suit him.  Cheltenham was a career best and if he gets back to that he'd have a chance. We can lead or we'll sit in behind if something else wants to go on.

Paul Nicholls, trainer of Just A Par
He's had a few little problems in the autumn and he'll definitely come on for the run, like he always does. I like to support these graduation chases, and this is a competitive one and it's a nice place for him to start. The big handicaps in the spring on better ground- the Irish National and what was the Whitbread - would be the long-term targets.

Ben Pauling, trainer of Drumacoo
We've declared him in the hope that it's a bit softer than the official going, or there's some rain. He's a lovely horse we think a huge amount of. He looked good at Huntingdon last year but came back from Ascot a bit sore. He fractured a knee before he came to us and we had it operated on again over the summer. He's been much easier to train this season.

Tim Vaughan, trainer of Aqalim
He ran a blinding race at Chepstow and we thought he was improving, but he was a bit sore after that and was disappointing at Cheltenham. It's not ideal taking on good, established horses, but he needs a trip and a galloping track and we don't have many other options. Hopefully we can get him into a good place mentally because he has the ability.