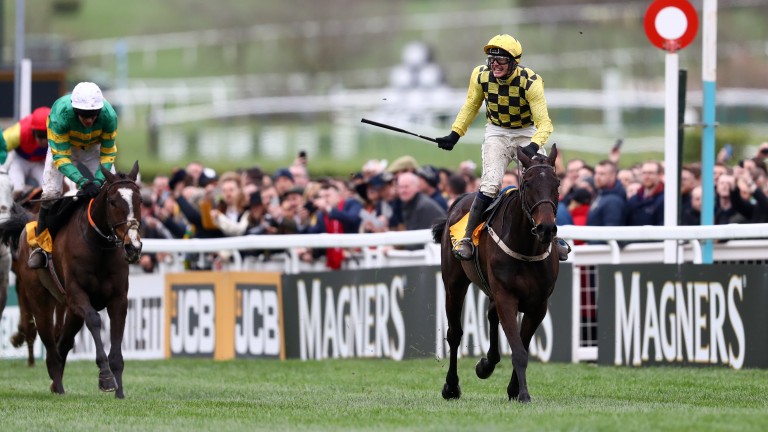 Paul Townend is set to be crowned champion jockey for a second time at Punchestown next week and he could sugarcoat a stunning season by winning the Coral Punchestown Gold Cup on Al Boum Photo after Willie Mullins said it would be hard to take him off the seven-year-old following the pair's Cheltenham heroics.

Mullins has given the green light for Al Boum Photo and Kemboy to take each other on next Wednesday, May 1, and the champion trainer indicated that Townend would continue his partnership with the Gold Cup winner, leaving Ruby Walsh to team up with Kemboy fresh from their awesome Aintree performance in the Betway Bowl. 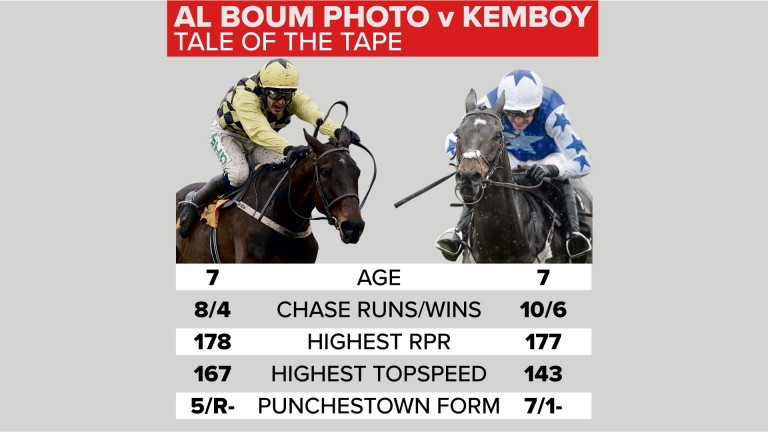 "Al Boum Photo and Kemboy are both on course for next Wednesday," Mullins said. "It will be hard to take Paul off Al Boum Photo so he will ride him and Ruby will be on Kemboy. That's what I would imagine will happen anyway."

That news was obviously music to the ears of Townend, who said that winning next Wednesday on Al Boum Photo would be a wonderful ending to a wonderful season.

"It would be brilliant, absolutely brilliant. Fairytales usually don't happen but, if I were to be champion jockey next week and Al Boum Photo won as well, that would be fairytale stuff," Townend said.

Townend knows Al Boum Photo better than anyone and he believes there could be more improvement to come from the impressive Cheltenham Gold Cup winner.

The jockey said: "The way Al Boum Photo travelled throughout the Gold Cup really surprised me. To be able to go that gallop and still be in his comfort zone was unbelievable. He quickened away from them after the second-last and I thought it was hard to knock any part of the performance. He is still a young horse and could improve again. There could be more to come."

However Townend knows it will be anything but a cakewalk next Wednesday and has the deepest respect for Kemboy, especially if the ground continues to dry out.

"There is very little between them and it will be a very interesting race. The ground will play a big part in the outcome. If it were to come up proper quick it would suit Kemboy. Any juice in the ground would suit my fella more. I thought going to Cheltenham that there was nothing between them and Kemboy has improved since then too, as you saw at Aintree," Townend added.

Kemboy is a top-priced 13-8 for the Punchestown clash, with Al Boum Photo available at 15-8.

FIRST PUBLISHED 8:00PM, APR 23 2019
Fairytales usually don't happen but, if I were to be champion jockey next week and Al Boum Photo won as well, that would be fairytale stuff