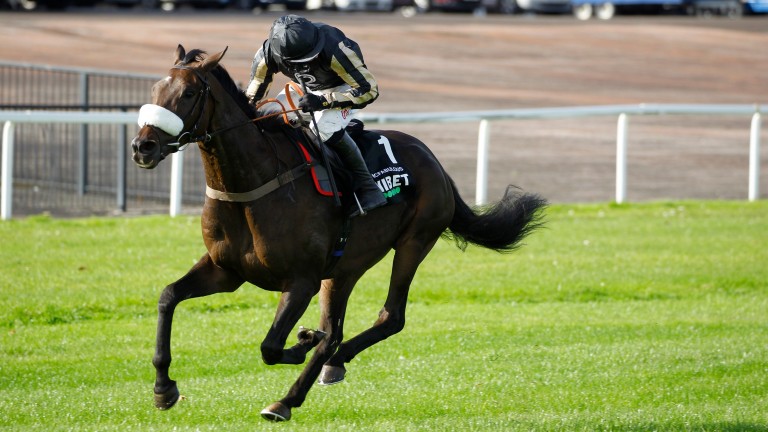 McFabulous: among six runners in the National Spirit Hurdle
Steve Davies/Pool
1 of 1
By Keith Melrose and James Burn 6:00PM, FEB 27 2021

The National Spirit generally attracts the best hurdlers who are set to skip Cheltenham and the intermediate trip tends to attract a strong, if normally fairly small, field.

There is probably an above-average depth to the race once again as McFabulous and Brewin'upastorm hold better form than plenty of would-be challengers for top-level races such as the Stayers' Hurdle.

Neither would be likely to stay a stiff three miles. McFabulous travelled better than Thyme Hill and Paisley Park in November before cutting out, while Brewin'upastorm was an Arkle fancy last year – he would be the speedier if the race came down to a sprint.

That seems unlikely as there are two fairly habitual front-runners in the field in Molly Ollys Wishes, who is the likeliest to take them along, and Cornerstone Lad has been known to press on too.

The other two runners in the field are the longest priced at the time of writing but have shown their class. Call Me Lord was a Champion Hurdle hope last year, going off at 10-1, but has stuttered this year.

Even so, he has run respectably on a couple of occasions, so the argument his form figures suggest his recent wind op has to have had a significant effect does not necessarily hold true.

Reserve Tank is here because he essentially did not take to fences. He won two Grade 1s as a novice hurdler and would be right up there with the market principals on his best RPRs.

Paul Nicholls, trainer of McFabulous
This has been the target for him for a while and the drying ground over the past week is in his favour. He's a class act, won nicely at Kempton 50 days ago and though two miles and three furlongs is probably the minimum for him round this tight track, he's in great shape and will hopefully take all the beating.

Olly Murphy, trainer of Brewin'upastorm
The drying ground will help him and he gets a nice weight allowance from a few of the fancied horses, although McFabulous will be hard to beat. That said, our horse was a very good hurdler on his day and hopefully his last win has done his confidence the world of good. This has been his target since he won at Taunton last time and he's in good form. 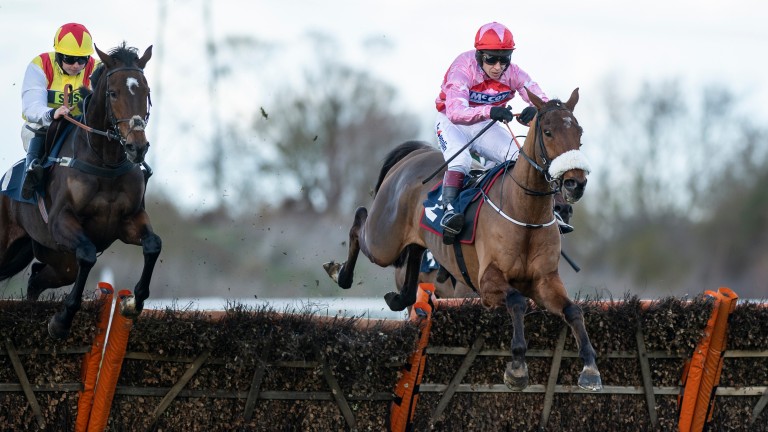 Brewin'upastorm: should be suited by the ground at Fontwell
Edward Whitaker (racingpost.com/photos)

Joe Tizzard, assistant to Colin Tizzard, trainer of Reserve Tank
He was injured at Cheltenham last year so this is very much a comeback run. He has done plenty at home but w're expecting him to come on for this. It looks like a lovely little race for him to start with as there are not many runners.

Dan Skelton, trainer of Molly Ollys Wishes
She has to step up against the boys. It's a deep race even though there are only a few runners. I've been happy with her at home. As there were not that many options for her – she is not going to Cheltenham – we thought we should dip our toe in the water. She gets weight from the others, which will help.

Micky Hammond, trainer of Cornerstone Lad
We've been pleased with his two runs over fences but we feel we're getting a little bit late in the season and he's a horse who likes a bit of dig in the ground – we'd like to have a full season novice chasing next season. I entered him for the Morebattle Hurdle but a dry week is forecast and the fact there should still be plenty of moisture in the ground at Fontwell led us to decide to take our chance there.

FIRST PUBLISHED 6:00PM, FEB 27 2021
This has been the target for him for a while and the drying ground over the past week is in his favour. He's a class act

'There is no better feeling' - relentless Stag Horn delights Scholfield 'I've had this race in mind' - who has been laid out for the Lanzarote Hurdle? 'He deserves his spot in this race' - Grade 2 novice hurdle insight Training titans put records on line against Haldon Gold Cup king Eldorado Allen 'Wonderfully tough' Frodon to spearhead Paul Nicholls' bold Leopardstown raid 'Best-backed horse all week' - Marie's Rock among 20 Lanzarote declarations