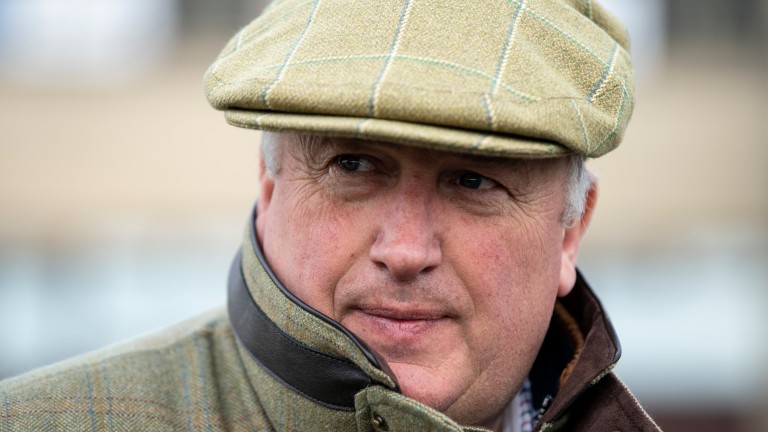 Paul Nicholls, basking in the glow of a Grade 1 double at a Cheltenham Festival he reckons was "absolutely superb", suggested on Saturday Nicky Henderson faced an uphill battle to retain his champion trainer's crown.

Nicholls, who savoured the top-level triumphs of Topofthegame in the RSA and Frodon in the Ryanair Chase, emerged from the festival more than £400,000 clear of his main rival Henderson, who has spent much of the season as favourite for the title.

However, William Hill's odds have now swung in Nicholls' favour with the firm making him 2-7 and five-time winner Henderson 5-2.

"There are six weeks to go and I suppose it would be hard for Nicky to get back. A lot can happen, but £400,000 is a lot to get back without us getting any and we'll keep cracking on right until the very end.

"He's got to get £400,000 without me winning a penny and one thing is for sure, we aren't going to stand still until the end of the season because, forgetting the trainers' championship, I love going to Aintree, Ayr, Perth and Sandown. We always have lots of runners at those places and will again. It will probably be a huge effort from Nicky to overtake that, but it's possible."

Cyrname, Britain's highest-rated jumper, is an ace Nicholls still has to play in the remainder of this term, while a number of his Cheltenham runners could also reappear again before the season ends on April 27. 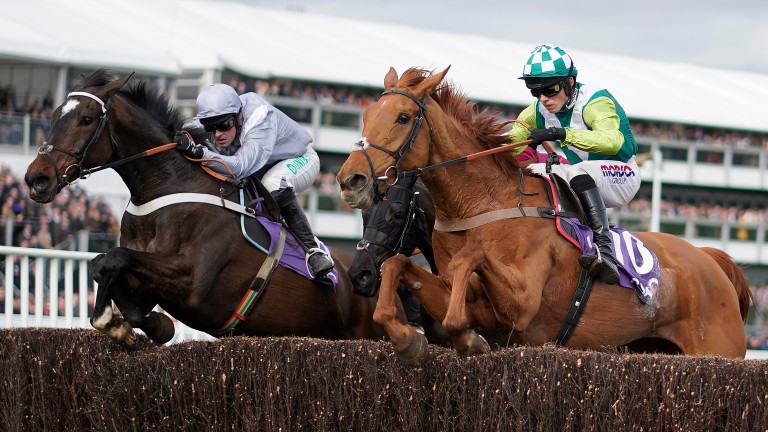 "Cyrname will definitely run again and he worked this morning. We've got to make a plan for him, but he could go to Aintree for the Melling if Politologue maybe didn't go, or he could take on Altior over two miles in the Celebration Chase at Sandown if we wanted to," Nicholls added on Saturday.

"There are lots of plans in the air without anything being set in stone. We've lots to run though and Christopher Wood and Southfield Stone will run in Grade 1s at Aintree after being left out of Cheltenham. It's a nice position to be in from being the underdog, I suppose."

Cheltenham Gold Cup fifth Clan Des Obeaux is another possible for Aintree and the Betway Bowl, a race he was third in last year.

"I'll let the dust settle for a week and have a chat with his owners, but the Bowl at Aintree is quite attractive in a lot of ways for him because it's a track that will suit him," Nicholls continued. "That would be the only possibility for him again this season, but I've got to discuss it with connections."

Topofthegame, whose main aim next year is the Gold Cup, although the Ladbrokes Trophy may also be a target, and Politologue, who delighted connections with his second to the mighty Altior in the Champion Chase, are others in the Aintree mix, but Bryony Frost's Ryanair hero Frodon might be finished for the season.

The trainer said: "Topofthegame could run at Aintree in the Mildmay Novices' Chase because he's only had the three runs this season. I'll see how he is, talk to the owners and make a plan, but he cantered this morning and is fine.

"Politologue's two options are Aintree or Sandown, but he won at Aintree last year and the Melling Chase would be a nice race to go for. I was so proud of him in the Champion Chase. He ran a career-best without a shadow of a doubt. We changed tactics and did a few different things, which I thought worked, so we were thrilled.

"Frodon could run in the Melling with Politologue, but he's won four races this season and run five times, so he might not run again. He's fine and cantered this morning; he always comes out squealing and fresh and well, but he puts a lot into his races."

On the title race, William Hill spokesman Rupert Adams said: "It is not a done deal but Paul goes into Aintree with a very strong team and he is going to be very difficult to dislodge."