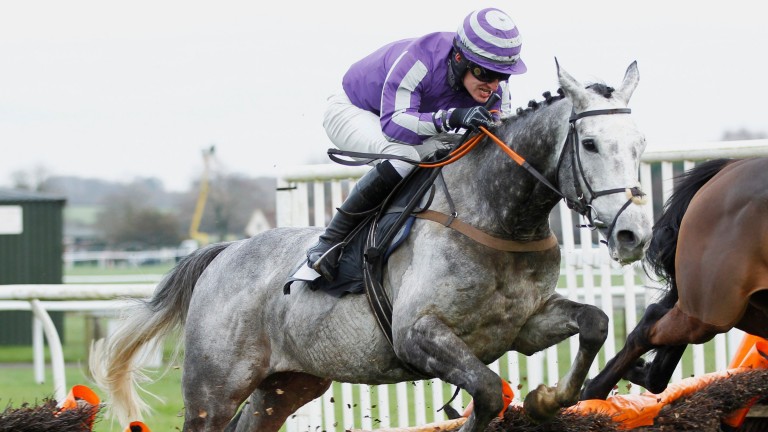 Paul John on Monday repeatedly denied he had cut a deal with the BHA to give evidence against Jim Best as the trainer's rehearing began at BHA headquarters in London.

The high-profile case relates to two horses John alleges he stopped in hurdle races last December, on the instruction of Best.

The Lewes trainer's former conditional jockey was grilled for more than three hours by Best's legal team, headed by Jonathan Laidlaw QC, who quizzed him over his admission that he stopped both Echo Brava at Plumpton on December 14 and Missile Man at Towcester three days later.

Best received a four-year ban after the original case was heard early in the year, but that was dramatically quashed upon appeal after it came to light that then disciplinary panel chairman Matthew Lohn had undertaken paid work for the BHA, the ramifications from which are ongoing.

John, 24, arrived for the rehearing with his arm in a sling having broken his collarbone in a fall on the gallops at his Devon farm, where he is planning to train and ride point-to-pointers having been granted a category B amateur rider's licence.

Laidlaw focused on the "unhappy history" of getting disclosure from the BHA and John's solicitor Rory Mac Neice over meetings between them regarding any deal with John in return for his evidence against Best.

Tuesday is set to begin with further inquiries into missing notes from a January 21 meeting with the BHA.

Laidlaw suggested the BHA had talked about police protection, and installing a panic button for John and his mother, who was suffering from cancer.

He also painted a picture of John threatening to walk away from giving evidence against Best if a deal was not done to safeguard his future prospects.

John consistently replied 'no', while also admitting he was in a last-chance situation with his riding licence having moved jobs four times in under two years since taking out his conditional jockey's licence in February 2015.

He confirmed the BHA had written to him each time he moved – from Henry Daly via Victor Dartnall and Mark Gillard before joining Best in October last year – stating they expected him to stay in that position for at least a year.

Earlier in the day John had taken the new BHA panel through his rides on Echo Brava and Missile Man.

"I had torn his teeth out for two and a half miles, for the whole race," said John about his ride on Echo Brava.

"I am fighting with his head to slow it down, looking like a jockey who is pushing to go forward, to deceive stewards and punters, looking like you are trying when you are not."

Moving on to Missile Man, John added: "I'm trying to lose ground as much as possible. Coming to the hurdle I just sit up to lose a bit more ground. I haven't really used my stick much in the home straight at all."

John added he rode both horses to get them beaten 33 lengths, which was what Best had instructed him to do, adding the trainer told him that Echo Brava was 85-rated on the Flat and needed to be handicapped the same over hurdles to win, and Plumpton was his hurdling debut.

Asked by Louis Weston QC, for the BHA, why he had done this, John said it was on the instructions of his then boss Best, whom he walked out on four days after his ride on Missile Man following a ride at Lingfield.

The rehearing, with former Court of Appeal judge Sir William Gage chairing the three-man panel, started with nearly an hour's silence as both races in question were shown multiple times on video.

The hearing is scheduled to last five days and conclude on Friday.