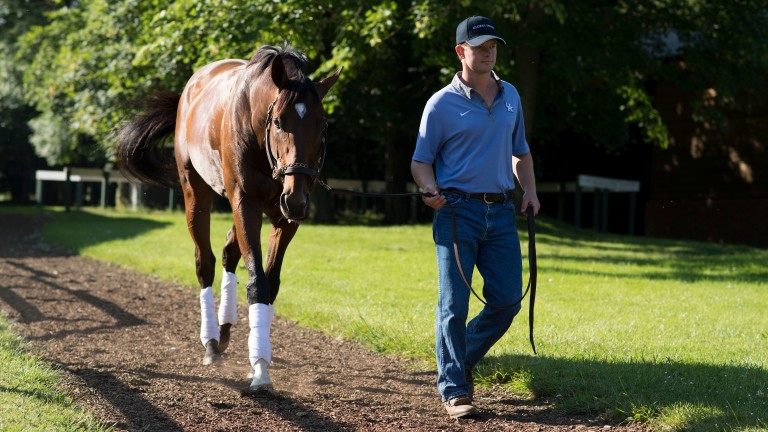 Wesley Ward may have ten challengers at Royal Ascot next week but there are also four hopefuls representing other US stables, including American Patriot in the Group 1 Queen Anne Stakes.

The son of War Front is only the third runner and the first for six years at the royal fixture for two-time Kentucky Derby-winning trainer Todd Pletcher and is lodging at Abington Place stables in Newmarket, where many overseas stars including Black Caviar have been based over the years.

American Patriot, who is bidding to follow in the hoofprints of his compatriot Tepin in Tuesday's opener, has a less obvious chance than last year's winner but goes into the race off a career-best win in the Grade 1 Maker's 46 Mile at Keeneland in April.

The fact the four-year-old is a general 25-1 chance does not faze connections, however, as they have overcome such odds before.

Ginny di Pasquale, assistant to Pletcher, said: "He was 20-1 on the morning line before Keeneland so has had to prove himself before and the way he won there was in a very European way, coming late to win right on the wire. We haven't had a runner at Royal Ascot for six years but you need to bring the right horse."

Also lodging at Abington Place and experiencing the wide-open spaces of the famous Limekilns training grounds for the first time on Thursday was Long On Value, who could be just that if he defies odds of around 33-1 in the Group 1 Diamond Jubilee Stakes on Saturday week.

The six-year-old will be a first Royal Ascot runner for Bill Mott and was sent off at even bigger odds of 66-1 when beaten just a nose when last seen in the Group 1 Al Quoz Sprint in Dubai in March.

The near success of that trip prompted Mott to cross the Atlantic with Long On Value, who could be the surprise package.

Mott's son Riley said: "Although Dubai was frustrating it was also very rewarding to take him over and run so well in an international field, which gave us the confidence to bring him to Royal Ascot.

"He's settled in exceptionally well and had his first gallop this morning. We're very much looking forward to it and to win a race at Royal Ascot would be unbelievable."

The other two US hopefuls, Miss Temple City (Graham Motion), who could head for either the Queen Anne or Duke of Cambridge, and Coronation Stakes candidate La Coronel (Mark Casse) are lodging with Oliver Sherwood in Lambourn.

FIRST PUBLISHED 3:05PM, JUN 15 2017
He's settled in exceptionally well and had his first gallop this morning