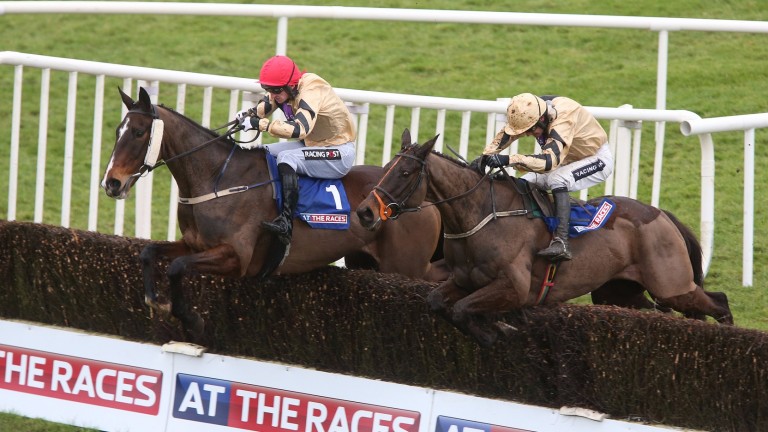 Boston Bob, winner of the Grade 1 Bowl at Aintree and the Punchestown Gold Cup in the spring of 2014, is set to tackle cross-country races this winter and will carry the colours of champion amateur Patrick Mullins and his friends.

The 11-year-old, trained by the jockey’s father Willie, was last seen pulling up in the Grand National under Paul Townend in April. He has an entry at Thurles tomorrow but Mullins revealed the long-term plan for the former Andrea and Graham Wylie-owned chaser is to tackle the cross-country races at Cheltenham and Punchestown.

“He can’t go hunter chasing because he won a race last year but we plan on going the banks route with him this season,” said Mullins.

“He has a mark of 151 over fences and that limits his options slightly. I find the cross-country racing provides a good avenue for some of these older horses who are rated so highly.

“He’s a high-class horse who has won four Grade 1s and I think he'll provide us with a lot of fun. He has schooled well over the banks at home and seems to have taken to it nicely.”

On His Own, another former Wylie-owned star, will go hunter chasing for Mullins and his friends.

Recent Clonmel Oil Chase winner Alelchi Inois is the only other horse from the Mullins yard earmarked for a cross-country career this winter.

“Alelchi Inois jumped particularly well in the Grade 1 Gran Premio at Merano to finish third in September," said the jockey. "I've enjoyed some great days on Uncle Junior for the same connections and hopefully he can be similarly effective.

“Boston Bob and Alelchi Inois are our two for cross-country races, and hopefully we can give Enda [Bolger] something to think about.”